WHO IS AFRAID OF THE TRANSFORMATION IN THE PETROLEUM SECTOR? 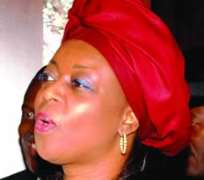 Deziane
The present arguments being canvassed by antagonists of the transformation in the petroleum sector is premised among other things, on the fact that many African countries subsidise petrol for their citizens. At the risk of sounding harsh, I dare say that this argument is a classic case of half truth. The other half of the story is the fact that the doubling of oil prices at the international market since 2004 has had extremely high fiscal consequences on countries that held on to the subsidy regime in the petroleum sector.

Subsidy has led to increasing public debt, reducing government spending on other critical sectors among other challenges. The subsidy regime has also led to challenges that were not anticipated at the time of introducing it. Such challenges as; fuel adulteration which has caused untold hardship to car owners at times of fuel scarcity, smuggling, monumental corruption etc. All of these create benefits for those who are already better- off to the detriment of the larger population who eventually become victims. The larger majority of Nigerians are entitled to know the truth and not just some self serving half truth.

The fact remains that where neighbouring countries charge higher prices, subsidy on petrol then become a high incentive to smuggle out the subsidised fuel for higher gains when sold at the much higher prices in these neighbouring countries. Governments in Argentina, Islamic Republic of Iran, Kazakhstan, Malaysia, Vietnam and indeed Nigeria have had serious encounters with this challenge and can attest to this.

Little wonder then that many countries in Africa and beyond have long since exited the subsidy regime. However, phasing out subsidy of any kind is one of the most politically challenging decisions that any government can ever make. It is in this regard that one must praise the courage of President Jonathan to brace up to the challenge of proposing a comprehensive transformation of the petroleum sector. Expectedly, this proposal has thrown up the mother of all storms in our national discourse which is growing worse even as government has announced the removal of the subsidy.

That the former pricing structure in the petroleum sector has encouraged wastage among many other challenges is not news. Clearly, because of the former pricing regime in the petroleum sector which is far below market rates, there has been a lot of wastage. This fact has been reiterated severally by different persons at various fora. This incidence of wastage is usually the case when people are not allowed to feel the full implications of their actions or inactions. Take for instance, when the prepaid PHCN metering system was introduced in Nigeria, most of us quickly realised that if you leave your bulbs and other electrical appliances on when they ought not to be on, you could actually walk to your prepaid metre and see how many units have been lost as a result of that wastage. At that point we did not need any public enlightenment campaign to advise us to curb wastage of electricity.

The compelling case for the transformation in the petroleum sector, derives impetus not only from the fact that the resources presently being channelled into intangibles by way of petroleum subsidy, can actually be redirected towards physical infrastructure and social safety nets that directly address the needs of the under privileged in our society and the generality of Nigerians but also the fact that the previous pricing regime in the petroleum sector is simply unsustainable. As our population increase and as the demand for petrol increases, our subsidy bill will continue to bloat until subsidy alone begins to account for 70% of our national budget. At that point, we will simply begin to wonder why previous leaderships did not show courage to deal with this issue once and for all.

The real challenge before us today is how to ensure that, as in previous cases, Nigerians are not short changed when the proceeds of the transformation efforts become available. To my mind, it is in this direction that all patriotic Nigerians should address our vigorous energy. The debate should be about what Labour, Civil Society, Faith Based Organisations and other interest groups would do if one year after the transformation in the petroleum sector we do not begin to see proceeds from the promised infrastructure and services as spelt out in the transformation service contract between government and the people.

I strongly believe that this transformation effort will actually get Nigerians vigorously involved in the fight against corruption. It will drive us out of our situation of complacency and this feeling that the fight against corruption should be left in a few hands and that the rest of us are either spectators or arm chair critics and analysts. This transformation will bring to every Nigerian the sharp realisation that we, individually, have actually provided money for our government to work and that we need to become involved in the process of ensuring that the work is satisfactorily done.

My expectation from civil society and labour at this point, given the quantum of expertise and information available at their disposal is that they would begin to set up strategies and structures aimed at ensuring comprehensive monitoring to ensure that the Nigerian public is not once again short changed. I expect that labour, civil society and Faith Based Organisations would hold government to its words by providing the public with quarterly reports on progress or the lack thereof on the proposed projects expected from the proposed transformation.

So, to my mind, rather than continue to dispense so much energy and resources on trying to shoot down the transformation agenda thereby merely postponing the evil day, we should take the bull by the horns and address our minds to what Nigerians will do if the promised increased trajectory in developmental efforts is not kept. Realise also that we do not need to wait until the end of the tenure of this government to take action if the need arises. Interests groups should contribute to the blue print of how to achieve maximum benefits from the transformation in the petroleum sector. In this way, we would be seen to be serving the interest of the larger majority of Nigerians rather than merely striving to become popular by pushing mundane unrealistic arguments that ultimately is self serving and parochial.

•David Akoji is a Journalist, one time Managing Director of Sardauna Magazine and Public Affairs Analyst based in Abuja.