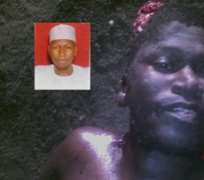 From The battle between security forces and followers of the Boko Haram sect appeared to have come to an end with the killing yesterday of the leader of the group few hours after he was captured in Maiduguri.

The police claimed that Malam Mohammed Yusuf, whose followers battled troops and policemen for the past five days in as many states, was killed in a shootout with security men. But a BBC reporter in Maiduguri said Yusuf was arrested and paraded before journalists with no apparent sign of injury.

“He has been killed. You can come and see his body at the state police command headquarters,” spokesman for the Borno State Police Command Isa Azare told Reuters news agency.

The state Police Commissioner Christopher Dega had earlier announced the capture of Yusuf and said he was being held at the Giwa Barracks.

Announcing the death of the late sect leader, Assistant Inspector General of Police in charge of Zone 12, Mr. Moses Anegbode, said Yusuf was killed in a shootout with securitymen yesterday in the afternoon.

Security sources said the sect leader was arrested hiding among cattle inside his father-in-law's home, situated around the sect's bombed enclave, which was destroyed by the military on Wednesday in a counterinsurgency operation.

At 8.31 last night, news agencies flashed the story of the killing of Yusuf.

A Daily Trust correspondent said the body outside the state police headquarters had several gunshot wounds. It was learnt that before he was killed, Yusuf requested that people should pray for him to have the mercy of God.

Security sources said Yusuf had tricked the military into believing he fled out to the bush after a siege on his headquarters, but he instead remained within the area taken over by security forces.

During an interrogation, the sect leader reportedly said he never directed any of his followers to kill policemen and soldiers or anyone for that matter. He was said to have looked sober.

The violence erupted when members of the group attacked a police station in Bauchi, and the police responded by raiding the sect's enclave killing more than 50. It later spread to Borno, Yobe, Kano and Katsina states leaving up to 300 people, mostly followers of the sect, killed.

The late Yusuf had four wives and several children. He began propagating his beliefs around 1999 and became popular in 2002. His sect said western education is a sin and it promoted the institution Islamic law. He was severally arrested by the SSS over his activities. He was cleared not long ago on the basis that there was no evidence against him.

Governor Ali Sheriff said in a state wide broadcast yesterday that security officials will conduct a house-to-house search across the state to hunt down the remaining followers of the sect.

“Government is aware that some members of the discredited group are being harboured by some unpatriotic members of the public. Let me sound a stern warning that anyone found harbouring any member of the group will be dealt with. For the avoidance of doubt, all security agencies are put on red alert and will soon conduct house-to-house check throughout the state,” Sheriff said.

The state government has relaxed the curfew imposed in Maiduguri and Jere local government area. Sheriff said the curfew will now be from 9pm to 6am as against 7pm to 6am.

There was clam around Maiduguri yesterday. People were sighted in areas that were hitherto captured by the sect members even though people moved raising their both hands up, apparently surrendering to the soldiers to prove that they were not insurgents.

He dismissed allegations of intelligence failure in the country, saying his agency had provided adequate security intelligence, but that the people who should have acted on it failed to do so.

Addressing the House of Representatives' Joint Committee on Police Affairs and National Security and Intelligence, which is investigating porous security in the country, Gadzama said the intelligence community adequately monitored the Boko Haram sect and notified appropriate authorities.

For instance, the director general said, while Bauchi State governor was quick to act on the security report presented to him, the Borno State government was reluctant to do so.

“Borno, the stronghold of the sect from where Mohammed Yusuf comes, was one state which from our assessment did not do much to really deal with the issue. Like I said, it is not always that you will resort to security action in cases you can simply resolve through administrative measures. Like I said, we did advise that the Council of Ulamas should be brought in; we have seen how this has worked in some part of the North,” he added.

Gadzama further told the committee that Nigeria is at the risk of a serious crisis in 2011 if adequate security measures are not taken.

“We may likely have problems with the 2011 elections if something is not done to enhance the capabilities of the security agencies. And these capabilities include their staff strength, the required logistic tools, giving them that capacity to discharge their responsibilities and the type of orientation and direction that is required to deal with contemporary security challenges,” he said.

He also said that there was no synergy among the various security agencies, noting that this was partly responsible for their inability to act rapidly on any crisis.

In his testimony, Acting Inspector General of Police Ogbonnaya Onovo said that police lost 11 personnel in Maiduguri as the result of the crisis. He identified poverty and perceived injustice as the cause of crisis in the country.

Onovo also said that there were proliferations of arms in the country, which he attributed to the crisis in the Niger Delta and the civil strife in some countries in West Africa and Sudan.