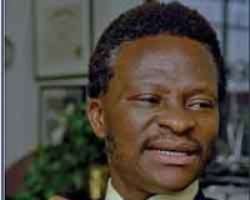 REGULATORS of the aviation sector have initiated probe into allegations by some concerned oil marketers that some of their members were selling Dual Purpose Kerosene (DPK) to airlines in Nigeria as aviation fuel.

The Nigerian Civil Aviation Authority (NCAA), which is handling the matter, yesterday summoned some airlines and oil marketers to ascertain those involved in the saga.

The Major Oil Marketers Association of Nigeria (MOMAN) and the Association of Petroleum Products Marketers (APPM) had sent separate petitions to the Federal Government over the sale of kerosene to airlines by some unscrupulous oil marketing firms as aviation fuel.

The Guardian had yesterday reported the illicit acts of the marketers and its threat to aviation safety in the country.

Kerosene is solely meant for domestic use but due to the rising cost of aviation fuel also known as JET-A1, some marketers have reportedly blended the product, which the government imports, to JET-A1 and sold it to some unsuspecting airlines to run their aircraft.

As at 5.30 p.m., top officials of NCAA were still in a meeting with the airlines, oil marketers with a view to ascertaining the veracity of the allegation.

The Director-General of NCAA, Dr. Harold Demuren, The Guardian learnt, summoned the oil marketers to an urgent meeting with the airlines over the claims by their umbrella associations that they supply adulterated kerosene to airlines as JET-A1.

Although the association named one oil marketing firm as the major culprit, there are speculations that other marketers might be involved in the underhand dealing.

The lure to this sharp practice by the marketers, according to industry players, is the quest for jumbo profit as kerosene, which pump price is N50 per litre, is sold for JET A1 at N152 per litre.

Demuren, who confirmed the receipt of the protest from the oil marketers, told The Guardian that the meeting was called to get the views of all parties to the row, adding that it was unbelievable that a marketer would be selling adulterated fuel to airlines when there were checks and balances in the system to ensure that approved only products were supplied to airlines.

Some aviation experts told The Guardian that the act could cause technical hitches in the engines of the airlines due to differences in specification, which also requires different handling procedures.

Reacting to the allegation yesterday, the Airlines Operators of Nigeria (AON), the umbrella body for Nigerian carriers, urged probe of the allegation, which it said, has dire consequences for the industry.

The body's Assistant Secretary-General, Alhaji Mohammed Tukur, said the allegation was unbelievable because there were technical checks and balances evolved by airlines to ensure that they do not lift adulterated fuel or unapproved brand for the safe operations of their aircraft.

He called for a presidential panel or a similar body set up by the NCAA with AON representatives to investigate the veracity of the allegation. He said if found to be true, the culprit should be charged for 'attempted manslaughter in the law court to serve as deterrent and if those that made the claims were found to be spreading falsehood, they should also be charged and sanctioned.'

Specifically, the two associations accused an oil firm of selling kerosene to unsuspecting airlines as JET-A1 and that checks with Lloyd of London, which has the list of oil importers, indicated that it never bought or imported aviation fuel in the past one year.

The inquiry revealed that the offending firm had been importing domestic kerosene at N40.90 per litre, which it sells to airlines as aviation fuel at N152 per litre.

The bodies therefore called for a probe panel to verify their claims so as not to endanger air travellers due to the inherent danger of using kerosene as Jet-A1.

When The Guardian contacted the Department of Petroleum Resources (DPR) over the scam, it ruled out such diversion and conversion of kerosene based on its control of the industry. But the aggrieved marketers insisted that the practice was real.

The Controller of Operations, Lagos State Annex of the DPR, Olugbenga Koku, told The Guardian on Tuesday that such act is illegal and contravenes the industry's rules.

'That is not allowed by the DPR, and we have put in place several measures to make sure that marketers do not engage in such act. Besides, it is mandatory for any marketer to get approval from DPR before it can sell any products and such approval is restricted per product accredited. It is even difficult because we use different vehicles for different products.

'We are not in agreement with that, and it is required that the marketers get permission to deal on any product. The case of diversion is totally discouraged, we have our rules and we have our watchdogs at all petroleum depots across the country to monitor loading and ensure that there is strict compliance with the required standards,' he said.

APPM in its petition, signed by the Chairman, Muhammed Abubakar, said: 'These kerosene sales are the kerosene allocations issued the company (name withheld) from the imports by the Nigerian National Petroleum Corporation (NNPC), which they pass on to the unsuspecting airlines as aviation fuel, also known as Jet-A1. While other companies sell the allotted kerosene by the NNPC to Nigerians, the company sells its allocation to these airline operators at exorbitant price.'

MOMAN in another petition to the Minister of Petroleum Resources, Mrs. Deziani Alison-Madueke, said although Jet-A1 and kerosene are similar, they possess different specifications and require different levels of handling, transportation and storage.

The petition signed by its Chairman, Adewale Tinubu, requested that the DPK should be released to marketers with verifiable storage, handling and distribution capacity and capabilities to ensure the products get to the consumers as is intended.

The conversion of kerosene to JET-A1 is done using a chemical sold by a company along Wharf Road, Apapa. The process is called doping.

Usually, the brand of kerosene used is the almost colourless type which specification is closest to JET-A1's. With doping, the two products are indistinguishable and translading from kerosene tankers to JET-A1 tankers is done in designated, hidden filling stations or fuel depots.

A marketer told The Guardian yesterday that the allocation of large quantities of kerosene by the NNPC to a certain major marketer is the biggest source of this adulteration.

Author of this article: By Wole Shadare