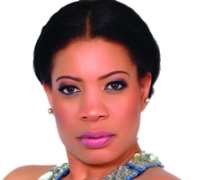 • Monalisa
Multi million Naira endorsement deals are currently flying left, right and centre in Nollywood with most of the stars involved smiling heavily to the banks with mouth watering offers. Star actress and Glo ambassador, Monalisa Chinda recently landed a juicy endorsement deal as the face of Vita500, a new energy drink from South Korea that recently stormed Nigeria and all West African countries.

We gathered that sexy Chinda was paid a whopping N30 million, for her pretty and popular face to be associated with the wave making drink currently being marketed and distributed in the whole of West Africa by Mescon Industries limited.

Chinda, who's also the face of the ongoing Rivers State cultural fiesta, tagged CarniRiv 2011, happily confirmed the deal, but blatantly refused to disclose the amount involved.

'Yes, I'm the new face of Vita500 energy drink; we recently concluded all contractual agreements with both parties being very happy with the deal. I'm not denying the fact that I was handsomely paid, but the amount is what I cannot disclose, it's personal. My job for them as an ambassador is to basically use my face and goodwill to help promote the brand in Nigeria and other West African countries. This involves a lot of traveling and strategic public appearances', she disclosed.

The top actress who recently returned from Atlanta Georgia, US, where she shot a new film and equally participated in the annual new media Nollywood programme, which was hosted by the Georgia Institute of Technology, also debunked the rumour making the rounds that she and her colleague, Nse Ikpe Etim are engaged in a media war. 'Nse and I are not fighting, we're still very good friends. I don't know where the wicked people circulating the ugly and fake story got it from,' she insisted.

On her plans for 2012, Chinda added: 'Now that I'm back, the next thing on my agenda is to conclude work on my soap, Catwalq, which I intend releasing early 2012. It is a soap that will change the face of programming on TV when it finally hits the airwaves. I have a lot to do and unveil in 2012 and my fans should be ready to see more of me, because I will be thrilling them nonstop.'