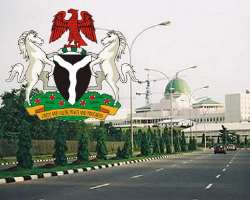 There are some things you learn best in calm, and some in storm. Will Cather.

During the Obasanjo administration, we called it reforms, and with Yar'adua came agenda, now we are transforming. But sadly the continued reoccurrence and persistence of repression through economic, political, and social-cultural means in the last 11 years of democracy has created a nation of traumatized and dehumanised citizenry.

The indicators which the evil ruling class refuse to see include declining economy, political instability, pervasive and entrenched dictatorial and repressive mode of governance, mass poverty and growing worsening condition of social and personal insecurity and disharmony, widespread opposition against the government, a conglomeration of geo-ethnic and parapoitic associations both sane ones and confused ones.

An above average knowledge of psychology and one will be conscious of the changing of the so-called 'Nigerian Psychology', that psychology has many branches, from the ethnic, to the religious, from the political to the apolitical, it has different shades, but of all the phases of it, one that never ceases to amaze me is the psychology of the poor in Nigeria...a 'poor' Nigerian has never asked for anything other than the basics, food, shelter, he even cares less about clothing, any combination of two meals out of three is perfect, one meal is just okay.

He is fast to say lafiya, 'we thank God' even in a thankless situation...for how long will that remain static, that may all be about to change.

Despite all the gimmicks at fuel subsidies, it all seems that the fuel queues are coming back if the guys on top are not allowed their economics of subsidies. The facebook-listening, sweet-nose-smiling and once-upon-a shoeless administrator at the helm of our affairs does not simply understand, all that Nigerians have asked for is their right to a life.

Those in charge are not willing to bend in order to rise, nobody wants to be accountable, we are so engrossed with blaming x, y, z that we have not be able to sit and access the situation that we find ourselves in.

As a nation and people we have not come out with a SWOT analysis, from PAP, to NAPEP, to NEEDS and SEEDS, Reforms and Agendas, Transformation and Re-engineering, yet very little in results.

The good news however is that an increasing number of people out there are beginning to really care, they may not be talking, they may be silent, but that in itself is the danger. They are quiet but deep down they are grumbling and are planning what to them is a solution to the mess our leaders and some of us have brought this nation to. There is a storm in the air, positive as a lot of us may want to sound, we can hide but we cannot run.

The Arewa Peace Conference signed off with a blast, whether gas Cylinder, or battery, motorcycle rider or ghost messenger, lives were lost, even as another blast occurred in Jos, with not-clear indications regarding a blast in a Mosque in Sapele.

The indices are there...I am not preaching a revolution, but let it be on record that we were warned, events keep warning us of the impending doom. Nigerians are angry, forget the smile, it is all deceit. Parents cannot pay school fees, hospital bills cannot be afforded even the hospitals are not there.

We are all living a life of promise, politicians riding us as camel, promising to build bridges where there are no rivers and taking our bald fathers to the saloon for a haircut. Our failed leaders do not owe us performance or an apology because they literally own us. We have no say; they treat us at their whims and caprices, and for added incentive provide us with comic relief.

The National Assembly may have done considerably well especially lately but it’s been a pot pourri, one day gay, next subsidies but very little in terms of incisive tackling of key issues because they care less, they have gone on recess when we needed them most, after all no one is going to do anything.

In many parts civil servants are being owed months in salaries, private firms treating their workers in styles reminiscent of the abolished slave trade.

Today's leaders have refused to learn in the calmness of now, unfortunately a storm is brewing.

On a scale of happy and sad...Nigerians are on a permanent frustrate, living a life of bare survival, subsistent living, less than a dollar a day and living expenses stand at about $8 a day, how we cope with transport, feeding, contingencies are nothing short of magic.

Take a sample survey and you will be shocked at the results, Nigerians may be naive, docile but interestingly they are not ignorant, they know the thieves, they know those men and these days women too that have crippled them economically. They know that neighbour that was riding an old battered Volvo that went to the State House of Assembly and has six cars now. Soon someone will premier the kidnap of a true government official, a governor, senator, someone really up there, someone that has raped the masses mentally, economically and otherwise.

Any project meant for the masses is treated as a “no money” matter but when it has to do with the insatiable ego of our toy leaders, money comes out. If you are neutral in situations of injustice, you have chosen the side of the oppressor. If an elephant has its foot on the tail of a mouse and you say that you are neutral, the mouse will not appreciate your neutrality. In Nigeria today injustice has become justice, crime a virtue, roguery a skill.

Painfully all that this government has done, it says that it was done for our good, yet we do not see the good and this makes the words of C.S Lewis most apt, "Of all tyrannies, a tyranny sincerely exercised for the good of its victims may be the most oppressive. It would be better to live under robber barons than under omnipotent moral busybodies. The robber baron's cruelty may sometimes sleep, his cupidity may at some point be satiated; but those who torment us for our own good will torment us without end for they do so with the approval of their own conscience.

The current transformers have the approval of their conscience when they kill the public school system and allow for the growth of all sorts of nonsense in the name of private schools, they have the approval of their hearts when they go from Germany, London and Saudi for treatment of excess tommy fat, and we watch as the India, Singapore, Malaysia turn their health system into state of the art health tourism zones.

They have approval to treat us anyhow, most times with our permission but those days will soon be over, the poor will soon take revenge, we pray that it is done in palace manner if not, anarchy looms that day, because the poor know where they live, how they live, and will strike without sympathy. It is better to die for an idea that will live, than to live for an idea that will die.

The day of reckoning is around, Nigerians will seek out revenge, and there will be something worth dying for sooner than expected. Time will tell.