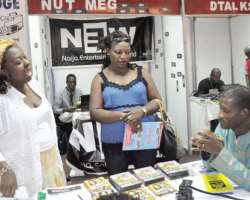 The African Movie Academy organisers of the annual African Movie Academy Awards (AMAA) says it will send a delegation to the special conference on distribution and marketing of films in Africa, organised as part of the London African Film Festival. The festival will begin on Wednesday, November 25 and end on December 3. But the special conference will hold on Sunday, November 29. The conference, according to statement from AMAA, will enlighten filmmakers on the steps taken, so far, to guarantee the success of one of the Academy's major events; the yearly African Movie Academy Awards (UBA/AMAA). Aside this presentation by AMAA, the 2009 London film festival will entirely be devoted to new currents in narrative forms. The organisers announced that they are showcasing debuts by a wide range of talents and the most creative of TV/film practitioners to celebrate the energy that young Africans from all corners of the continent have brought to drama as they embrace the digital age. The festival launches with the screening of a selection of feature films and documentaries.