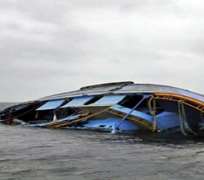 THEWILL gathered from multiple residents of Rumuolumeni community that the boat was ferrying passengers from Mgbuobohia to Port Harcourt via Rumuolumeni when it tipped over due to what an eyewitness called ‘overloading.’ There were 40 passengers on board.

An eyewitness said 23 bodies were pulled out of the river on Wednesday afternoon, while another eyewitness said 10 persons including an infant were rescued by villagers and taken to a local hospital, adding that 3 of those rescued later died in the hospital.

Going by the account of witnesses, 26 persons have so far died as a result of the fatal incident.

However Spokesman of the Rivers State Police Command, Mr. Ben Ugbuegbulam in a statement said only one death occurred while seven others were successfully rescued by a team made of the police, NEMA and the navy.

“On 13/12/11 at about 2130hrs at Mgboudohia waterfront, a passenger wooden boat travelling from Eagle Island capsized and combined rescue team of marine police and Rumuolumeni Police Division and the Swift Operation Squad (SOS), led by Decompol Operations and the Navy also joined at the efforts.

“Seven persons were rescued, including a two yr old baby and one person confirmed dead and corpse deposited at mortuary of the Braithwaith Memorial Hospital (BMH). Rescue operations and further investigations going on,” the statement said.

Meanwhile, residents of the Rumuolumeni community have blamed the River State government for the deaths accusing the Governor Rotimi Amaechi-led administration of failing to reconstruct the Rumuolumeni and Ogbogoro roads which ordinarily would have made road commute the easier option to reaching state capital Port Harcourt.

Head of the Rumuolumeni Community Development Committee (CDC), Prince Collins Onunwo, who said the dead could be around 30, said villagers often use the Eagle Island Waterfront near the Rivers State University of Science and Technology (RSUST) to cut off the bad Rumuolumeni and Ogbogoro roads. He urged the state government to repair the key roads in order to avert another fatal incident.