What Next, Kate Henshaw? 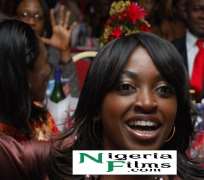 That the marriage of Kate Henshaw has hit the rocks is no more news. In fact saying she has joined the league of the celebrities whose marriage has become history is no more exclusive. But the question people are asking this Calabar, Cross-River state-born actress is, what next?

It was reported that the beautiful actess who was adjudged the Best Actress in Africa in 2008, courtesy of Africa Movies Academy Award (AMAA) traveled out after the break-up.

It was even rumoured that Kate will surprise everyone by announcing another son of Adam as the crown of her head.

Whichever way, people are anxiously waiting to know your next move, abi like the single status?