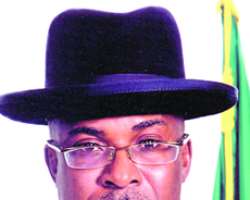 The Abuja Division of the Court of Appeal on Monday reserved its judgment in the appeal brought by the Peoples Democratic Party (PDP) against the stopping of the Bayelsa State governorship primaries by Federal High Court in respect of a substantive suit filed by Governor Timiprye Sylva.

After listening to submissions of counsel to all the parties in the appeal, Justice Zainab Bukachuwa, who led the five-man panel, said hearing notice on the date of the judgment would be served on all counsel in the matter. Counsel to PDP, Tayo Oyetibo (SAN) had, while adopting his brief of argument, submitted that Sylva should not have filed the action in Abuja because the claims were against the PDP and not the Independent National Electoral Commission (INEC).

Oyetibo contended that the case should have been filed in Bayelsa as he argued that the Federal High Court lacked the requisite jurisdiction to entertain the case.He also argued that Section 87(9) of the Electoral Act 2010, which the plaintiff relied on him to bring the action, may have conferred on him a right of action, but did not confer jurisdiction on the instant court. According to him, the section does not confer jurisdiction but confers the right of action to a litigant.

In his response, Prince Lateef Fagbemi (SAN) submitted that the jurisdiction of the court was obvious on the face of the court processes, pointing out that the reliefs sought by his clients were against all defendants including the Independent National Electoral Commission (INEC) and PDP. He also wondered why the appellant, who did not make an issue of jurisdiction at the trial court would make a heavy weather of it now at the appellate court.

'It is not correct to say that there is no relief against INEC,' Fagbemi submitted. He told the court that both INEC and the PDP had their headquarters in Abuja and therefore, the Federal High Court had the jurisdiction to hear the case.

He asked the court to dismiss the appeal and remit the case to the high court with a rider that the case be heard expeditiously.

A warning in line with exhortation of the Supreme Court in several decisions such as in Ojukwu versus governor of Lagos and Inakoju versus Adeleke, where they held that all parties must stay action once a matter was in court.

He said Mr. Judge Kolawole's ruling was a reminder of the principle which protects the res (subject matter) and the authority of a court to do justice to a matter and forecloses parties resorting to self help.

Consequently, Justice Bulkachuwa adjourned indefinitely for judgment.   Before reserving the appeal for judgment, the court had earlier admitted that its decision to hear the appeal was hasty in view of Section 241 (2) (a) of the constitution which makes only the final decision of the high court appealable to the court of appeal. ?Justice Bulkachuwa after setting aside the court's earlier decision that the court has the power to hear the appeal, invited counsel to the parties to address the court on the implication of section 241 (2) (a) of the constitution. ?She said that the court came to the earlier decision because they had not studied the files properly and that after taking a comprehensive of the case, it occurred to them that they should seek the views of the lawyers as regard the section of the constitution. ?The said section provides: 'An appeal shall lie from decisions of the Federal High Court or high court to the Court of Appeal as of right in the following cases- final decisions in any civil or criminal proceedings before the Federal High Court or a high court sitting as a court of first instance.' ?But Oyetibo said he was not prepared to address the court on whether the court could hear the appeal or not because he only prepared to argue the appeal which was the business of the day. ?Fagbemi prayed the court to go ahead and hear the appeal since al counsel had prepared their mind for the hearing of the appeal. ?

Kolawole had in an order given PDP 72 hours to come and show cause why he should not grant Sylva's prayers among which was to declare him the governorship candidate of the party. ?

The judge granted the order, following an exparte application filed on Sylva's behalf by Fagbemi. ?

The judge warned that he would not hesitate to nullify any step taken by the PDP in defiance of his order, once the defendants were served the order and the originating summons.?He gave the defendant 72 hours to show cause why all the releifs sought by Sylva should not be granted and adjourned the matter till November 22 for hearing. ?The defendants are the PDP, its acting national chairman, Abubakar Kawu Baraje, and the Independent National Electoral Commission (INEC). ?The court held that the era when political parties manipulate processes leading to the emergence of candidates were over, based on the 2010 Electoral Act as amended.?

Justice Kolawole said: 'When I looked at the totality of the facts in the substantive Originating Summons and when these are considered vis-Ã -vis the extant provisions of the Electoral Act as Amended, my view is that the Court will not in any way be handicapped, even if the exparte orders, in particular, prayers 1 - 3 are not granted because the court retains the power to direct the 1st Defendant (INEC).' ?