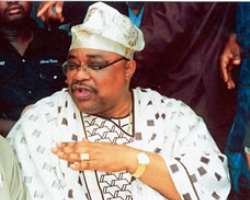 •Akala
Unlike her next-door neighbour, Lagos, which boasts of a sprawling number of beaches, cinemas, theme parks, gardens and recreational centres, residents and tourists visiting Ibadan, have only the University of Ibadan (UI) Zoological garden and the Trans Amusement Park as the only two choices of recreational haunts.

Unfortunately, Trans Amusement Park, otherwise called Trans Wonderland, which used to be one of the most impressive wonders of South West Nigeria, is now a ghost of itself. Its cranky wheels, broken down rides, torn seats, ill-maintained machines, collectively make the park an eyesore and a source of dangerous amusement.

In her web blog, seriously doughnuts, fashion writer, Bola Obileye, could not describe her heartbreak enough. She, in company with her husband, had taken her kids to the park during one of the holidays. According to her, her husband always talked about the park, how great it used to be and how much he missed the place. But, she knew, that, like everything else in the country, the park would be 'lying derelict, unused and mismanaged.' And truly, they met it so.

She writes: 'We walked in and my heart sank as I saw tell tales of what once was great - carcasses of rides and games that had since broken down and disintegrated. The electric bumper cars were completely knackered and were manually being pushed by kids. Shockingly enough, amidst the rust and cranky wheels, some of the rides still worked but from where we were standing, it didn't look like an engineer had looked at them in years. There was absolutely no way that I would allow my children on any of them.'

Previous governments in the state had attempted to resuscitate and reposition Trans Amusement Park but, all efforts have led towards the undesired direction - backwards. Millions of Naira had gone down the drain and attempts at privatizing it have failed.

The last attempt was by the immediate past administration of Otunba Adebayo Alao-Akala. He had invited concessionaires to look at possible ways to make the park world class. In 2009, his administration concessioned it to a private company, Ahmak Engineering Ltd, for 30 years. The Memorandum of Understanding (MoU) signed by both parties, stated that the company was to pay N50 million annually for three years. And a source in the company claimed that Ahmak paid the sum of N150million, being an advanced payment for three years to cover 2009, 2010 and 2011.

But the move has become a source of controversy as the incumbent Governor Abiola Ajimobi alleged that the process was irregular and fraudulent after reviewing it on assuming office. According to Dr. Festus Adedayo, his Senior Special Assistant on media and publicity, the whole process leading to the concessioning by the Alao-Akala government was found to be fraught with fraud and an intention to rip off the people of state.

The administration accused the former regime of slanting the process to favour Ahmak Engineering Ltd, which it said was the major contractor to the Akala government who constructed the over N30 billion LAUTECH teaching hospital and virtually all the major multi-billion naira contracts of the former government.

He also said that Ahmak and the Akala government lied about the N150million payment, revealing that contrary to the claim that the money was paid in advance, the payment was made in 2011 instead of 2009, which made the then government reject the sum of N70m paid by another bidder named Atlas Ltd.

The governor's aide also argued that the person who signed the agreement on behalf of government then was, at the material time of appending his signature on the agreement, no longer in the service of the state government, having retired more than two months before the agreement was purportedly executed.

It was in light of all these revelations that the State Police Command, acting on the orders of the Ajimobi-led administration, invaded the park on Friday November 25, 2011, abruptly halting activities in the park and putting it under lock, an exercise which the government referred to as 'repossession.'

Although the park was re-opened on Thursday, December 1, 2011, in response to the express plight of owners and operators of businesses at the park, some of the ad hoc tenants in the facility expressed disappointment at the way and manner the action was carried out, notwithstanding the underlying rationale of the invasion.

Mr. Kehinde Olaosebikan, Chief Executive Officer (CEO) of Lyrics, a Nite Club located inside the park, told Daily Sun that the invasion by over 50 gun-wielding policemen, which took place at about 9pm, caused his management and customers 'huge emotional, physical, material and social damages.' According to him, the club's musical equipment could not be put off, bills were not paid and customers were not even allowed to leave with their vehicles.

'In a commando manner, the gun wielding policemen immediately on invasion of our premises without any contact with the management of the club started shouting that everybody must vacate the premises within three minutes and threatened to shoot anybody that failed to do so,' he said.

Mrs. Afolake Ojo, chairperson of Trans Arcade Marketers Association, told Daily Sun, that traders in the park were shocked when they resumed for business on Saturday, November 26, 2011, and found the whole premises and the business areas under heavy lock and security.

Apart from the pain experienced from the business, human and legal angles, the forceful takeover has also been described as an episode in the seemingly unending political war between the present and immediate past governments in the state.

A statement signed by Prince Dotun Oyelade, press secretary to the former governor of the state, Alao-Akala, on behalf of the Peoples Democratic Party (PDP) Synergy League, described the invasion as 'democratic gangsterism.' According to the group, the action was taken to discredit the works of the immediate past regime of Alao-Akala.

The group said: 'The misstep was a result of a pathological determination by the current administration to undo and discredit anything in which the immediate past administration is involved.'

But Adedayo said that his principal's action was absolutely necessary and in the interest of the people of Oyo State, without any recourse to political witch-hunt.

'The repossession is simply in the interest of the people of Oyo State,' he said. 'The state executive council sat down to review the whole concession process and discovered that the people of Oyo state have been short-changed massively.'

A recent visitor to the park who refused to have his name mentioned in print, in reacting to the government's bid to resuscitate the facility said: 'Should every great legacy in Nigeria go from 'richly stupendous' to 'hugely dilapidated'? Do our leaders hate the magnificence of the great parks in China, South Africa, France and the United States of America? I think the government should answer this question by making the repossession or whatever they call it worthwhile.

In what could be an attempt to assuage the fears of the latter, Secretary to the State Government, Akin Olajide recently announced that the government has 'immediately instituted a new process through which the expansive land in the heart of the city would be utilized to the benefit of the people of Oyo State, rather than a small minority of individuals.' The State Ministry of Trade, Investment and Co-operatives has also been directed to liaise with tenants in the premises of the park for a review of their tenancy agreements in the interim.

The present government's move is believed to be a passionate will to revamp the park and return it to its glorious days, but many have expressed fears that the amusement side of the park may be phased out and the place simply turned into a plaza of sort. If that happens, observers fear that festivities in the city will don the garb of funerals, weekends will become 'weak ends', holidays would become 'boring days', and Ibadan would become a tourist's nightmare, a kid's heartbreak, a fun seeker's boredom and the giant that has simply refused to wake up.