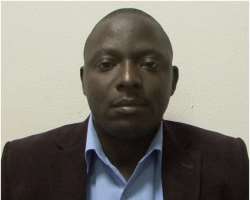 THIS is definitely a difficult time for members of the board and directors of the Nigerian Maritime Administration and Safety Agency (NIMASA), as their alleged reckless spending of the sum of $2m dollar released by Idris Umar, Minister of Transport for the just concluded International Maritime Organisation (IMO) after he was arm-twisted and deceived to approving the 'contentious fund', regarded as 'lobby fee' is now generating ripples in the presidency.

Facts of the matter
Investigation by our Correspondent showed that the decision by the Nigerian maritime delegates to 'deceived' the Transport Minister to approve by 'backdoor' the $2m was hatched by Captain Olugbade, Nigeria's alternate representative to the IMO, his immediate predecessor, William Azuh and some directors in the ministry, who ensured that over 40 bloated delegations, including some 'journalists' on their pay roll, allegedly shared the lump sum of the fund, while a meager fee was spent as lobbying fee for African delegates, who earlier got wind of the plans by the Nigerian delegates to fleece the Federal Government.

DG NIMASA face off with Directors
Despite the fact that earlier, a memo with inscription “Confidential” was allegedly handed down to Patrick Akpobolokemi, DG of NIMASA by some directors in the maritime agency to approve the $2m, but he declined. It was after this that these same directors 'boycotted' the DG and met with the Transport Minister with a conviction that Nigeria would surely be elected into the IMO seat having allegedly assured Umar that the country stood a chance.

Sensing the DG's misdemeanor and non-challancy attitude, the ED in-charge of cabotage confronted Akpobolokemi last week for being “a small boy that has no respect for age.” Eye witnesses confirmed that this embattled ED was ready to slap the DG, but for the timely intervention of their aides, they would have torn their clothes into shreds. At a time, the ED screamed “I will deal with you. You know you are not qualified to hold this position. If things were done in accordance with the law by those in government, you are not qualified to even be a chief in NIMASA. We know how and why you were brought here. I will deal with you.” The DG fired back, when he reportedly said “I will slap you if you repeat that statement.”

Transport Minister angry
Our Correspondent also gathered that Umar, the Transport Minister was all the more angrier when he realized that he was 'used' by some power-tasty directors to hastily signed the $2m allegedly used to 'lobby' the African delegates, only when he realized that the directors allegedly got the money from the Federal Government for their own selfish desires.

Presidency moves to set up probe
Information reaching our Correspondent confirmed that President Goodluck Jonathan was irked that a whooping sum of $2m was allegedly made available to some directors in the maritime agency in the name of 'settling/lobbying delegates,' whereas the truth is: “huge chunk of the money was blown by few people.”

In view of this, security surveillance has been ordered by the presidency round the directors in NIMASA, the DG and other accomplices who conspired to fleece the country of hard earned money.

EFCC plans arrest of directors soon
Going by the on-going position of the presidency in this matter, petitions has now been sent to the Economic and Financial Crimes Commission (EFCC) to arrest and investigate the directors, DG and other accomplices who 'squandered' the $2m allegedly meant to 'lobby the African delegates.'

DG jittery …
As at press time, we gathered that apprehension has allegedly griped Akpobolokemi that the tension presently generated in the maritime sector as a result of the $2m lobby-fee may eventually cost him, other directors, query by the Transport Minister that may lead to suspension, arrest and investigation by anti-graft agency. But the world is now watching if President Jonathan actually believes in the rule of law to ensure 'sanity' is brought into the maritime sector.