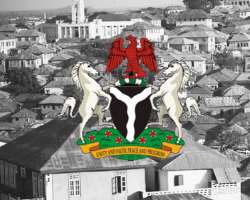 'A man that cannot cry, and cannot laugh, will find it difficult to find empathy'


If there is any time to address the ethnic question in Nigeria again, it is now. A nation held hostage to preventable events of tragic nature. At the front burner repeatedly are questions we have refused to face squarely: who we are, where we belong, what we represent, what does Nigeria mean to us, do we want to remain one, and how...


The death of former Biafra warlord, Dim Ikemba Ojukwu has again raised so much dust with some of these questions, a need for social justice and equity and the search for good governance through mutual trust and respect for each other in building a nation that we can call ours.


Our ethnic conundrum remains a major obstacle to the existence of a Nigerian state since the transition from colonial to neo-colonial dependence and the PDP brand democracy. The conflict spiral generated by ethnicity can be seen at all the critical phases in Nigeria, its democracy, the party system, the electoral process and her economy and resources.


Who has stolen more, is it the Yorubas, or Igbos, or who has abused power the Hausas, or Fulanis or who has been president most, which religion has governed most are questions we still see with our so-called class of intelligentsia.


The truth is that as much as some form of true federalism or on the extreme confederacy, resource control and largely self determination is desirable, however the salience of ethnicity in Nigeria can only be properly understood in the context of power struggle among various factions of the ruling class, especially within the context of the lower class’ ignorance through manipulation.


The empirical fact being that ethnicity cannot be deconstructed because we have a faulty form of state and a morally bankrupt class in power.


The issue of ethnic politics has been on the fore rather than the politicization of ethnic identities, with each passing phase, our ethnicity has been constantly shifting because of a fluid and dynamic nature of changing interests. Earlier in the year it was zoning of the presidency by the ruling party, today it is a perception that a part of the North does not want Jonathan to succeed.


The resurgence of ethnic identity only smacks of the total disillusion which the present ‘regime’ has brought about, the insecurity and uncertainty that pervade the air. This renewed ethnic agitation surely has an implication both positively and otherwise, however with a deaf and near-sighted government like the present one their solution is to wish the real issues away.


I have repeatedly insisted that the major issue in ethnic struggle is the phenomenon of politicized ethnicity. As Claude Ake once put it, “conflicts arising from the construction of ethnicity to conceal exploitation by building solidarity across class lines, conflicts arise from appeals to ethnic support in the face of varnishing legitimacy, and from the manipulation of ethnicity for obvious political gains which are not ethnic problems, but problems of particular dynamics which are pinned on ethnicity”. This is the Nigerian situation.


Deep ethnic fears generated by in-built structures that promote unequal access to power and resources is being exploited. The Yoruba man don do im own...Katsina don do, so why Ijaw man no go do, and after na another person turn...Na we turn, na we dey produce de oyel. Wetin…kai you I dey craze we get am for agreement, na kano get am now. No amadioha forbid, give us now, it's our turn or … So if it is your turn you put any Mungo Park.


Sadly when the ruling class loot, it’s not ethnically done, or on the premise of any region based looting formula.


Settlers, landowners, indigenes and natives are words which have become familiar in our national discuss for no good reason, no clear-cut or precise meaning. At the heart of our crisis ridden drive towards attaining nationhood remains the ethno-related disgust we harbour for each other.


Our ethnic idiosyncrasies have simply graduated into a psychological mind frame with some sort of superiority complex. We all deduce an all-important cleavage to our immediate ethnic group.


An American quips, "I am an American, I live in Chicago, and I am of Scottish decent". A Nigerian proudly mouths "I am Ibira, from Okenne in Kogi State in Nigeria. The truth is that every nation has its own peculiar ethnic issue but how have we as Nigerians made an effort to manage our diversity. The term unity in diversity has remained a political coinage.


It is most disheartening, the concept of a Nigerian remains vague and only at best illusionary not necessarily a people. A case of different templates for different groups, it may be good for Chike, but bad for Bayo, nice for Gyang but not Adamu.


We have been robbed of meritocracy, excellence and unity, we are still battling favouritism, federal quota, zoning, catchments areas, state of origin in a world that is consistently getting smaller through globalization and the need to fight a collective cause(despite the hypocrisy and shared interests).


The Nigerian leadership is yet to produce a system of governance and functional blueprint that can exploit our differences.


Everybody accuses the other of marginalisation to the point the word 'Marginalisation' has been marginalised. The task at hand of nation-building is of null importance, the suitability of the persona is very, very secondary. He has to be from the right zone and for spice belong to the 'right' religion.


The intellectual ignorance we still exhibit at this point of our national lives is agonizing; the 'southerner' basks in the ignorance of his all-knowing nothingness while so divided. His ‘northern’ counterpart is left battling a slow and steady disintegration of a once famed unity amongst its subject and collapsing structure.


Contrary to many other assumptions, our diverse ethnic identity cannot deter national and political integration. The role and strength of our ethnic identities depends on the same factors that determine the salience of political identities in particular political arenas. In other words we have a situation whereby our ethnic identity in a politically misbalanced system, disorganized structure, and with a today-tomorrow government, we can ourselves promote compromise and accommodation as well as confrontation.


A dog is never so fierce that it can guard two doorways. Time will tell.