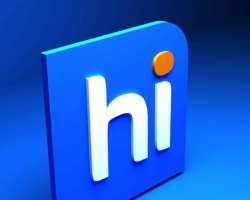 TWO agencies in the media sector, The pay TV company HiTV and the Association of Cable Owners of Nigeria (ACON) are engaged in a row.

HiTV rues some reports in some newspapers credited to ACON. The pay TV company through its Public Relations Manager, Mr. Justin Akpovi-Esade, condemns as “falsehood that will not prevail over truth” the said stance of ACON.

In a statement titled ACON/HiTV: The Many Lies Therein, Akpovi-Esade drew attention to reports in some newspapers on the ongoing issue between ACON and HiTV over the alleged monopoly of re-broadcast rights of some programmes in the pay TV's premium content, especially sports.

“Our attention has been drawn to libelous and lies-filled publications by the Association of Cable TV Operators (ACON) in some newspapers recently. In this light, we wish to draw the attention of the public to the following facts: Further to discussions held with ACON and its member organisations, we sent them offer letters as far back as 2007 indicating the terms and conditions under which the rights to re-broadcast the Barclay's Premier League matches will be granted. These conditions are summarised as follows: Three months advance payment on projected number of subscribers; bank guarantee for a year's payment and Non-piracy of channels or content on their platform,” Akpovi-Esade noted.

According to him, “only one of the broadcasters Multimesh Communications Limited met the conditions while other cable broadcasters engaged in the illegal act of pirating our signals and continue to do so.
“The conditions for granting the rights as specified above were predicated on conditions passed down to us from the Head Licensor, the Football Association Premier League (FAPL) and later UEFA Champions League which include; annual payment in advance irrespective of our subscriber base, issuance of internationally recognised Bank Guarantees for three years in advance, operation of our business in a manner that conforms to international best practices in order to protect their rights and brand.”

The broadcast dispensing company's spokesman said that his company is supprised at the development given that hitherto, such requests by ACON had never existed even when there was a company that held the franchise exclusively in Nigeria for 15 years. “It is however surprising that ACON and its members have blatantly refused to agree to the above conditions. The reasons are not far-fetched: They have no interest in running well structured and financed businesses, i.e. they are hesitant to bringing in financial advisers, investors or taking on loan facilities to run their businesses in order to enhance their operations. They would rather perpetuate acts of piracy than run legal businesses. For instance they use pirate cards from Dubai and exploit innocent Nigerians by re-selling their subscription at prices up to N3,000 monthly per subscriber without investing in the content or paying rights fees for same. Our investigations have further revealed that their real intentions are to occupy the scarce resources of frequencies allotted to them, having no use for them till such a time when they can be sold off to WIMAX operators for outrageous, exorbitant sums. In the meantime, they realise that the lack of their use of these frequencies will result in the Nigerian Communications Commission's demand for immediate takeover of such unused frequencies. So, rather than do real work and build proper businesses, invest in local content and pay for sports rights, they occupy these frequencies as Real Estate Landlords with pirated content and channels!” the statement alleged.

The HiTVspokesman implored such overseeing agencies as the National Broadcasting Corporation, Nigerian Communications Commission and Nigerian Copyright Commission to take in-depth look into ACON members' businesses and discover “the rot of broadcasting in Nigeria and the level of waste and criminal operations going on in the industry”.

“Perhaps if they had channeled a minute percentage of the energy that is being martialled against their fellow, over 1800 Nigerians, working directly or indirectly at HiTV, to the fight against the colonization of Nigerian Media all these years, Nigeria would today be controlling the most lucrative football league in Africa, winning the Oscars, hosting the American studios and our artistes will be winning the Grammies. This is the Nigeria of our dream and at HiTV, we will not succumb to blackmail,” Akpovi-Esade submitted.