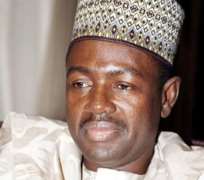 Does Nigeria still harbor some vestiges and residue of those draconian dictatorial tendencies for which the then military dictators that held Nigeria hostage for decades were condemned by all and Sundry?

Put differently, are the current crop of political office holders inflicted by/with the virus of military tyranny and dictatorship which is characterized by total lack of tolerance for dissenting voices?

The above questions were inspired by the experiences of the Osun state governor Mr. Rauf Aregbesola in the hands of the Minister of the Federal ministry of information Mr. Labaran Maku who unilaterally cancelled a live radio program that was to have been aired last weekend on the air waves of the Federal Radio Corporation of Nigeria.

On November 27th 2011, the Nation Newspaper ran a story that the federal Minister of Information Mr. Labaran Maku unilaterally cancelled the Radio link live program of the Federal Radio Corporation of Nigeria at the eleventh hour even after the technical crew of the Radio Nigeria network studio were already in Osun state and had put all machinery in motion for the take off of the program which was arranged as part of the elaborate events to mark the one year in office of the civilian administration of Rauf Aregbesola of the leading national opposition political party - Action Congress of Nigeria (ACN).

The spokesperson of Osun state governor Mr. Semiu Okanlawon was reported to have confirmed the development but stated that the Federal Minister of Information did not offer any cogent and verifiable reasons for the action to put off a scheduled program with his boss.

Shocked by this ugly and undemocratic tendency exhibited by the current Federal Minister of Information who used to be a professional media worker prior to his foray into partisan politics, I decided to put several calls to his line but he never picked the calls. Mr. Isa Dan Buram, one of his known aides who spoke with me declined comment when asked to confirm if the information minister did actually ordered the cancellation of the program.

This is not the first time that politicians in the office of the Ministry of Information will interfere in the affairs of publicly funded broadcasting stations and especially the Federal Radio Corporation of Nigeria. Successive military and civilian administrations have Controlled Radio Nigeria as if it is their asset whereby they can put into selfish use and stop opponents or perceived political rivals from gaining access to the air waves of these publicly funded broadcasting stations.

The consequences are that these broadcasting stations have progressively lost respect in the minds of the general public and the level of listenership or viewership has radically declined and professionally if people do not listen or watch your broadcasting activities then the essential aim of communication is defeated because communication is necessarily two way traffic and the audience is king.

But why does Mr. Labaran Maku who used to be a professional media worker be the one that will perpetuate the draconian, unprofessional and illegal style of running down the publicly sponsored broadcasting stations especially now that the same Federal Government is struggling to convince the critical segments of the society that it is open, transparent and democratically accountable using the signing of the freedom of information law as an example?

The British government will risk impeachment if any of their officials interferes with the running of the publicly funded British Broadcasting Corporation.

Is the Federal Radio Corporation of Nigeria loyal to the Nigerian people or to the political party in power? Is Radio Nigeria a political asset of the Peoples Democratic party-led Federal administration or to the People of Nigeria who are the constitutional owners of the Nigerian sovereignty?

Ironically, the official website of the Federal Radio Corporation of Nigeria is sugar -coated with false information which fraudulently claims that Radio Nigeria is out to serve the public interest.

For instance, the website stated thus: “The present Management of the FRCN has transformed the Corporation to truly “Uplift the People and Unite the Nation”, a responsive radio catering for the diverse needs of Nigerians”.

It further lied thus; “Today the FRCN, as a public service broadcaster reaches more than 100 million listeners, broadcasting in 15 languages, catering to the diverse broadcasting needs of a multi-ethnic Nigeria, uplifting the people and uniting the nation”.

The truth is that not more than one million people made up largely of illiterate Fulani herdsmen, rural farmers still have the decorum to listen to the heavily teleguided and slanted broadcasting activities of the Federal Radio Corporation of Nigeria no thanks to the interferences of political office holders who over the years have manned the federal ministry of information. I can bet that even Mr. Labaran Maku does not listen to FRCN [I stand to be corrected].