OJUKWU AND THE NEW BIAFRA 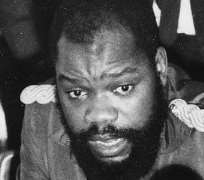 Saturday November 26, 2011 marks a glorious end and a hopeful and courageous new beginning for Biafra and Biafrans. Emeka Ojukwu the first Biafra Head of State passed on to glory and joined the rest of Igbo/Biafran ancestors who had gone on ahead. Ojukwu in life was a quintessential and accomplished military general who put his safety and life on the line in defense of the lives and dignity of his people and homeland when the enemy – Nigeria embarked on the pernicious mission of total annihilation of the entire people. He was a brave soldier and an excellent fighter for justice. Though Ojukwu was an excellent military general, but like most of his fellow Igbo/Biafran people he was not a consummate politician. And with that being the case, and as a matter of priority and urgency, if the Igbo/Biafrans ever hope to survive and excel in today’s world as a people, while they mourn and honor the passing of this iconic general, they must resolve from henceforth to play good politics. They must learn to play the politics of the collective and to play it on a grander scale. They must play to win with all the hand twisting, believing in something without wavering. Winners see out into the future and have the boldness and courage to follow the convictions in their dream. Every good and winning politician of Igbo/Biafran origin has long ago discovered and are taking seriously the fact that there will never be a hope or a future in the Nigerian union for their people and Homeland.

With General Philip Effiong, Ojukwu fought a fierce and vicious enemy – Nigeria and its allies that were and still is bent on humiliating and exterminating their people from the face of the Earth. The War was and still is a war of self-defense and Self Determination which these generals waged. The first phase and very open one lasted from 1966 to 1970 and these men along with their loyal officers and men of both Biafra’s civil and military establishments successfully pushed back the deluge of evil unleashed on their people. Nigeria’s genocide on Biafra that consumed a total of 3.1 million children, women and men of Biafra would have been total but for the bravery and courage of these men who refused to be intimidated by the combined mighty forces of Nigeria, Great Britain, USSR (Russia), Egypt and the Arab League of nations. All Biafrans alive today owe their lives to these men and salute them with the deepest sense of sobriety and reverence.

The Biafra War that Ojukwu fought was a war of self defense and Self Determination. The people and their Homeland came under the enemy fire and were not only threatened with genocide by the Nigerian state but Nigeria actually carried out the act. On the 30th of July 1967 Ojukwu declared Biafra’s independence from Nigeria and ever since that day all Biafrans everywhere renounced forever their Nigerian citizenship. Now Ojukwu the heroic general departs the stage and the enemy is still out there but the victory must be won. The enemy still murders and stunts at will and with alarming impunity the best and brightest of the people and sinisterly veils in thick darkness of religious/ethnic intolerance and bigotry all the hope and future of the people. And Ojukwu as the proverbial seed falls into the ground to sprout forth with a glorious new life and the world will see shortly the emancipated, sovereign and independent new state of Biafra.