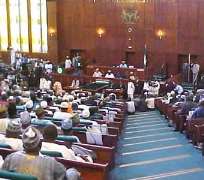 ABUJA, December 01, (THEWILL) - The House of Representatives Thursday directed its standing committee on Petroleum Resources (downstream) to investigate the issuance of licences to private refineries and the cause of the non-take off of the 26 private refineries nine years after the licences were granted.

The resolution to investigate the refineries was taken following the adoption of a motion sponsored by Hon. Rose Okoh (PDP, Cross River) and 23 others, in which she expressed concerns that the four Nigerian refineries with a combined capacity of 445,000 barrels per day with current output of 18.72%, can only meet about 17% domestic demand, hence the need for more refineries.

She lamented that the amount spent on oil subsidy annually to the tune of N1.256 trillion would have being enough to build new refineries or channeled into other ventures.

“We are aware that in 2004, government extended licenses to additional eight private refineries bringing the number to twenty six.”

The lawmaker equally expressed disappointment that nine years after the initial grant of the licenses none of them has commenced actual refining of petroleum products.

The motion, which was seconded by Hon. Khadijat Bukar Abba-Ibrahim (ANPP, Yobe) received an overwhelming support and was committed to the committee on petroleum resources (downstream). The committee is expected to report back in four weeks.