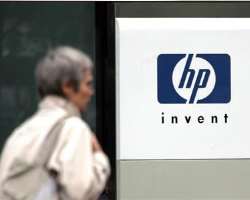 U.S. group Hewlett-Packard has rolled out its first software using technology gained from its $12 billion acquisition of British group Autonomy, eight weeks after the deal closed.

Lynch, who founded Autonomy, said on Tuesday the launch showed the rationale behind the deal. "We believe fundamentally that information is moving away from the rows and columns of databases, which has powered the industry for 40 years."

HP has started selling Autonomy's technology, used by governments and multinationals, to small and medium-sized firms, he said.

It acquired Autonomy as part of a shift toward higher-margin software that was accelerated with the arrival of former chief executive Leo Apotheker.

Shareholders were less enthusiastic about Apotheker's changes, resulting in his ousting in favor of former eBay boss Meg Whitman in September.

Lynch said he was relishing the opportunities available as part of the bigger group and, even after pocketing hundreds of millions of pounds from the deal, he was sticking around.