Race to Creek Haven: A Contest BW Politics and Governance 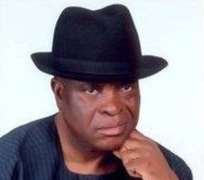 I was thoroughly disgusted when my University Lecturer once averred that Politics is the management of a political party; the conduct and contests of parties with reference to political measures or the administration of public affairs; the advancement of candidates to office; in a bad sense, artful or dishonest management to secure the success of political candidates or parties; political trickery. For me this is a rather narrow definition of politics. I have always believed in Plato's Republic where the best, the philosopher kings, the intelligentsia manage society.

A couple of days ago, I ran into my classmate in the University of Jos who on graduation, decided to contest as Councilor in one of the States in the South East. He won the election and he is now a serving councilor in his Local Government Area. As we engaged in a discussion about the proposed government removal of subsidy on petroleum products, I tried to convince him that the exercise of the Federal Government was unnecessary. He grinned and smiled, as though he was looking at me like a neophyte. He then reminded me of Harold Lasswell's definition of politics as "who gets what, when, and how". He went further to recall that the essence of politics is the acquisition and application of power- whatever that mean. Another political philosopher Charles Blattberg, defines politics as "responding to conflict with dialogue, Should this definition apply in Nigeria all the time, I muttered!

Since the aim of government is public welfare, I am convinced that politics in other lands is for the best brains who have the capacity for implementing the rules and regulations of the state, the preservation of its safety, peace, and prosperity, the defense of its existence and rights against foreign control or conquest, the augmentation of its strength and resources, and the protection of its citizens. Simply put, governance is about public welfare.

Good governance is the ability of a society to steer itself. Good governance is made up of complex relationships so that it is like a three-legged stool - namely: the private sector, the public sector and civil society in constructive tension with governance being the evolving manifestation of the equilibrium among them. Good governance is characterized by a transparent and accountable system where governmental transactions are open and accessible to all stakeholders. All over the world, transparency and accountability are identified as two keys that can unlock the door to foreign investment. It is also based on consensus-building and popular participation in decision-making especially during elections. Another critical component of good governance is the rule of law and constitutionalism – which implies that both the governed and the governors are expected to abide by the laws of the land.

A concerned stakeholder in Bayelsa State once published an article in the Vanguard (I can't quote the exact date). In that said article, he argued that Bayelsa State since creation 15 years ago has been ruled by politicians rather than development-minded technocrats, and this is the reason, so much money is spent on politicsto the detriment of development. He made reference to the little success made during the Obasanjo administration, and attributed that feat to the use of technocrats like Dr. Ngozi Okonjo Iweala, Oby Ezekwesili, Prof. Chukwuma Soludo and other technocrats who sowed their expertise for the politicians to reap. He argued that technocrats are usually guided by high ethical standards in the transaction of government businesses, as there is a correlation between systemic efficiency in service delivery and the technical skills acquired by those at the helm of affairs.

In the 2012 election for the governorship of Bayelsa State, a youth group under the aegis of BAYELSA YOUTHS FOR PROGRESSIVE CHANGE has called on Bayelsans to vote for technocrats who can bring about development in the State. The Youth Group pledged to identify with a retired Permanent Secretary, Dr. Imoro Kubor as one technocrat that has distinguished himself in public service as a man who is capable of bringing about the desired transformation in the State. The spokesman of the Group Mr. Theophilus Miebi assured Bayelsans that among all the aspirants jostling for the Governorship of Bayelsa State, Dr. Kubor, who is contesting on the platform of CHANGE ADVOCACY PARTY, CAP, is the most qualified, experienced and God fearing. The Group enjoined the electorate in the 2012 elections to disregard party affiliations and emphasize character, experience and conscience because most of the performing Governors in Nigeria are achieving their feat not because of the Party but because good governance can only thrive when the person in charge has the attributes of the fear of God, experience in the service of the people and humanness in the management of human affairs.

It is against this background that the Group has embarked on grassroots mobilization in support to the CAP Gubernatorial Candidate because according to them the CAP fits Dr. Imoro Kubor and he fits the bill. We are convinced that Dr. Kubor has all it takes to transform Bayelsa State. However, there is a demarcating line between what is politically correct and what is morally justifiable.

However, there are some stakeholders who believe that politics is all about a struggle for power in order to allocate scarce values (which in the Nigerian context, implies stealing the resources of the State) and afflicting the masses with poverty, disease and death. This rather parochial and warped conceptualization of politics is what has led to maladministration and mismanagement of the Nigerian State over the past four or so decades. The irrevocable truth is that irrespective of the actors, no society has ever developed without striking a balance between politics and good governance. This is what the transformation agenda of the Jonathan administration seeks to pursue.

In the race to CREEK HAVEN, the PDP candidate Barrister Henry Dickson appears to have an edge, especially considering his landslide victory at the Party Primaries in Yenagoa a couple of days ago. There are also insinuations in some quarters that he is the anointed candidate to occupy Creek Haven. But this theory is a hard sell because of the intrigues, backstabbing, litigations and bobby traps in the internal struggle within the PDP. The permutations are that the goliaths in the PDP will fight themselves to exhaustion and ultimately, Bayelsa people will look for a David, ostensibly from a less powerful Party to govern the State according to the rules and precepts of transforming the State. This is where the entrance into the governorship race of the CAP candidate, the Labour Party, the ACN and some other Parties who may join the pack.

Much as the manifestos of the parties in Nigeria may not differ much in terms of ideology, Bayelsans may look out for three basic factors. Firstly, the electorate will consider the support base of each candidate especially at the grassroots. The quality of support and popularity at the grassroots are critical determinants in the February 2012 elections. Here, whoever emerges as the PDP candidate will certainly have an advantage because of the solid structures the party has maintained over the years. Secondly, the enlightened segment of the society will consider experience and track record of public service. The CAP candidate Dr. Imoro Kubor has a clear advantage, having accumulated wealth of experience in the academia, the aviation Industry, several government parastatals and the mainstream bureaucracy. The third factor may be the sympathy of the people. The Peoples' Democratic Party has misruled the State, from the time of DSP Alamieyeseigha to the failure of Sylva. The general impression is that PDP is responsible for the failure and stagnation of the State. So if there could be any viable, alternative platform, most of the electorate may be swayed to other parties where the flag-bearer parades experience and seriousness in implementing the transformation agenda of the Federal Government.

One intriguing phenomenon in Bayelsa Politics now is that the first citizen of the country has continued to maintain his neutrality and the concept of 'anointed candidate' is a propaganda used by unpopular candidates to garner some quantum of attention. For now, it appears the battle line has been drawn. Bayelsa State is a PDP State but the party is already in disarray following the emergence of Hon. Henry Seriake Dickson as the governorship flag-bearer. If the incumbent Governor decides to stay in the Party, he might work against the Party as well because of the palpable fear that a PDP government may rev-up all the corruption cases against top government officials in the administration. If the PDP is thoroughly factionalized, then most of the electorate will look the way of the most experienced candidate in CAP, in which party affiliations would shrink and trinity of character, track record and experience may just be the crucial determinants of who occupies CREEK HAVEN in May, 2012. The prayer of Bayelsa people is that the new administration should put behind those years eaten by the locusts and canker-worms and initiate a dynamic agenda for accelerated development of the State.

Disclaimer: "The views/contents expressed in this article are the sole responsibility of Kingsley Ebikibena and do not necessarily reflect those of The Nigerian Voice. The Nigerian Voice will not be responsible or liable for any inaccurate or incorrect statements contained in this article."
Articles by Kingsley Ebikibena
25-12-2011  Cap Governorship Candidate Dr. Kubor Picks Former Hos As Running Mate13-12-2011  Gov. Sylva’s Corrupt Empire & The Cronies Revealed! (1)27-11-2011  Bayelsa: A Technocrat To The Rescue!