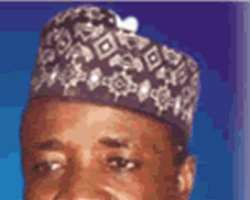 The Sokoto State Secretary of the Peoples Democratic Party (PDP), Alhaji Aminu Bello Mohammed has described the recent outcry by some members of the party as attempt to deny the state Governor Aliyu Magatakarda Wamakko right to re-contest the position under the PDP in the scheduled March 2012 elections.

This is just as the North-West Zonal Secretariat of the party suspended its Ex-Officio, Alhaji Faruk Ahmad Gusau over a publication against the Governor of Sokoto State Aliyu Magatakada Wamakko

The Secretary of the party while addressing journalists in Kaduna yesterday on the recent complaint to the national secretariat against Governor by executives of the 23 local governments council of the state, said they have discovered that the names of the purported members of the executive committee of the Party in the 23 local government areas allegedly signed the said publication to be fake, and the signatures not belonging to the purported writers of the petition.

He described the publication as the antics of desperate politicians who were bent on doing everything possible to pull down the opponent, adding 'we resolved to solidly stand behind the candidature of the incumbent governor of Sokoto State, Alhaji Aliyu Magatakarda Wamakko in his quest for the position of number one citizen of Sokoto State on the platform of our great Party for the second time as we believed that he has performed creditably well to deserve second term in office,' said Mohammed.

The Secretary also disputed any interference or pressure from the Presidency to remove Wamakko from the race as is happening in Bayelsa state, adding that Wamakko's opponent, Senator Umar Abubakar Gada could not match the Governor's profile and followership in the party in Sokoto State.

In a related development, the Peoples Democratic Party (PDP), Northwest zone has suspended Alhaji Faruk Ahmad Gusau, an Ex-Officio of the zone over a paid publication against the Governor of Sokoto State, Aliyu Magatakada Wamakko.

Gusua had signed a publication published in national daily titled, 'complaints against the Sokoto State Executive of the PDP' with charges and allegations against the state governor.