WHAT EXACTLY DOES SANUSI WANT FROM US? 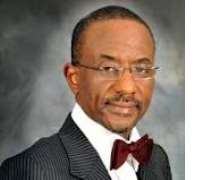 I have watched the Central Bank of Nigeria big boss and his experiments with great feelings. Sometimes, I get this strange feeling that he intentionally keeps trying his hands on one odd tinkering at a time, possibly not to arrive at the right destination, but perhaps to know what we would say or how we react.

And trust the Nigerian citizen - he just sighs, grumbles, mutters some resentment, or sometimes raises his voice, but at the wrong place and to the wrong person and platform and goes on living as usual.

We have not had it so easy since Sanusi came, with his clampdown on banks that led to the big fraudsters shedding tears in regret and shedding weight in detention. In this wise, Sanusi acted well to cut them to size. But the pains he left in us remain the job losses and closure of the involved banks.

Before he came, we had some little breather in employment openings in the banks, most of which recruited new hands - fresh graduates every year. As he drew his cudgel against the managers of the banks, not so careful as to spare the banks, the institutions went under with the owners. Today, we are worse off. Our economy so battered and lacerated, the sleaze among bank executives still worse than before, even the improvised managers he invented getting messier.

Like we always watch helplessly, Sanusi carries on like none, not even the system he is supposed to protect is hurt. And now another, among some other hasty 'innovations' is on. It is a cashless banking system that allows you no option but just get a smart card (ATM card) before you transact business. I have a feeling that even the societies we learn the cashless tradition from still leave free citizens the option of choices. The use of an ATM card is like a right of the user or bank client. The basic rule of one's right is that the owner of rights also owns the rights to use his right or waive it. But in this set-up by Sanusi, the right to opt out is lost. We are under compulsion to transact business in banks only with ATM unless when the volume of transaction reached a certain amount. To rub it in, while we would be railroaded into this straight jacket where no options exist, even with the chequebook the same banks issued us, the ATM card is nowhere to be seen.

Four weeks ago, yours sincerely applied for an ATM card at the Gwarimpa branch in Abuja of a big old generation bank. At the point of filling the form for the card, a smart young man, or one that thinks himself too smart directed that I come the following day to pick up the card. But that following day has translated to four weeks. At the last check at the bank last Monday, the same person that promised to make the card available overnight asked when I applied for it. When supplied the information he needed, he was like saying 'only three weeks'. The expression was so clear in his face. The next response was a flat 'it is not yet ready'. When would it be ready? The young man blanked out and pretended the question was not important to deserve an answer. Probing further on why I would be barred from transacting with the cheque the bank gave me, and won't at the same time get the ATM card as required, he simply advised me to write a cheque and go upstairs and be attended to. What again? To be attended to with a cheque less than N100,000 in value? For goodness sake what manner of inconsistency is this? He changed his position a bit by directing I go home and wait until I get an alert informing me the card is available.

What is the simple answer - that Sanusi's CBN never made the grounds ready for a cashless banking before recalling his traditional haste to bamboozle banks into refusing our cheques without any ready alternative.

In Lagos, on Friday, October 28, I had walked into a Zenith bank to demand an ATM card. I was readily given a form to fill. That I did, and waited to be told to pick it up the following Monday. But I was totally wrong as the lady attending to me said the card would be ready in two weeks. I had to ask her to tear the form and terminate the process as I would not be in Lagos where I just visited when it would be ready.

Where the drama started was at the Utako, Abuja branch of the First Bank where I was refused withdrawal because the amount on my cheque was less than N100,000. The teller directed that I step downstairs and get an ATM card immediately. But that was a daydream. Four weeks after, the bank is yet to issue me an ATM card. As I watched in helplessness, so I saw many others in the same dilemma grumble and leave the bank helplessly. Poor victims of CBN's narrow and mistakenly zestful policy, who would listen to them even if they scream? As I scream, am I not doing so just because I have this platform? Does that worry the all-knowing Sanusi who believes and demonstrates that he is the CBN boss because he is the most intelligent Nigerian? He exudes the arrogance in our face everyday, and we have pitiably come to live with it because his imperial majesty who snubbed us in the past even with his imperial Islamic banking rabble rousing is too big to listen to complaints.

As he champions the must-use-ATM campaign, even those who have them live with complaints everyday. And you wonder how a banking system that never managed effectively a paltry percentage of the bankers with ATM would accommodate all on the same platform. Two in every five banking transactions via the ATM end in sighs.

Before the CBN commenced this painful clampdown, no one knows the efforts it made to make sure the banks have the ATM cards to issue customers as palliative. What about the security of the system in a country where many account holders in banks have been stripped bare through ATM fraud, where power failure and other inconsistencies threaten us everyday. We are not sure of any provisions by the CBN to forestall these hardships, yet the mandate is definite that no ATM, no banking. The target is more on going cashless in banking and not the ease and the basic factors that would make it a reality and painless.

Some months ago, in places like Lagos, the rule was if you withdraw money less than N100,000 with a cheque, you pay a surcharge of N100, but not any longer. Yet, the major reason many Nigerians loathe the ATM is the fraud and inadequacies involved. Over time, these problems have neither abated nor vitiated. They remain on the rise, and alarming. We don't hear of those concrete plans to solve them. And the remainder of the bankers who had distanced themselves from the ATM system as personal immunity against the inherent vagaries have under compulsion been exposed to it by Sanusi's policies.

Customers had millions of complaints in the past where their accounts were debited via ATM transactions they never made. At some other times, you insert the card in the machine, punch figures and expect the money to roll out, only for it to swallow same and debit your account. As you take the complaint to the bank, they ask you to write the manager who will take one full month to answer you, just to hear what your problem is as if you were so dumb not to reflect it in the written notice. The faults and failings of the ATM system in Nigeria are just endless, and here we are landed deeper in the mess by an overbearing CBN rule just for the sake of making rules with no provisions for them to be implementable. Sanusi has not explained to us what he actually wants from Nigerians as his tenure lasts in the CBN, and we need to be told if these are all for good or to make life tougher for Nigerians in his special way.