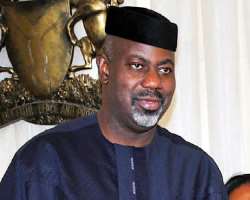 While unveiling the theme “Endless Possibilities”, at a ceremony tagged “ A Glimpse of Destination Cross River” Governor Imoke described as “tedious and tasking finding a suitable theme for the Carnival because it is more than dance, costume and regulations exercise as each has been a difficult job because the latest does not reflect the previous ones.


The Governor disclosed that each of the five Carnival bands are guided by the theme and are expected to work hard to interpret it into dance, float and costume as it affects the people and the future, adding that it is distinct that participants should key into the opportunities which it provides because the carnival has grown in leaps and bounds.


He explained that in this year’s festival of 32 days of well-packaged events, everything will be put in place to ensure that it grows bigger and better than the previous editions, as it is driven by the visions shown a few years ago, which has now attracted world recognition while commending the immediate past Governor of the State, Mr. Donald Duke for initiating the vision.


He said the unveiling ceremony was only a tip of the ice berg as more awaits those that intend to visit Cross River State in December, assuring that it will be “nerve raking and tasking”.


Minister of Culture, Tourism and Orientation, High Chief Edem Duke, in his goodwill message, commended the State for refining tourism as an enterprise because it drives the third largest economy after Agriculture and Banking while thanking Governor Imoke for his creativity, courage and commitment, which is a reflection of a viable vision, adding that tourism employs about 200 million people in the world with low entry barrier in terms of academic qualification but has the potential of placing food on the table of many families.


Chief Duke, who said Cross River State has introduced a new lexicon in Nigeria’s tourism programme by initiating Carnival Calabar, noted that the carnival should not be viewed as dancing and glamour but a sector that can contribute to the nation’s GDP because it has the capacity of turning a poor man into a rich man.


He reasoned that the time has come for other Governors to cue behind Governor Imoke as the future of Nigeria’s tourism development “starts from today”, while urging theatre performers in Abuja to emulate the wife of Cross River State Governor, Mrs. Obioma Liyel Imoke by initiating social activities that will keep the International Conference Centre busy with entertainment as a way of promoting tourism.


The Minister further enjoined Nigerians to find a way of being in Calabar in December to participate in the Calabar Festival especially Carnival Calabar because of its attractions.


Wife of the Governor of the State, Mrs. Obioma Liyel Imoke, while presenting her pet programme, “Breath of Life”, solicited for funds to enable her procure vaccines to save the lives of children suffering from pneumonia because currently, 467,000 children suffer from the life threatening ailment, stressing that it kills more children than any other known diseases like malaria and AIDS.


According to her, Pfizer has promised to donate vaccines worth millions of naira as support while the launching of the project is scheduled on November 12, adding that the launching was keyed into the programme because of her passion for children.


Mrs. Imoke disclosed that her other pet programmes, “Mother Against Child Abandonment, (MACA)” has saved the lives of over 150 abandoned babies while 200 children are being accommodated in a home at the “Destiny Child Centre”, adding that 80 young pregnant girls have been taken off the streets because their families do not want to do anything with them.


She further explained that the Carnival Calabar Queen has gone round the State to counsel young girls to abstain from casual sex, as the pageant is not only about beauty but brain, while commending her husband for the assistance and support given to the project.


The Special Adviser, Events Management, Mr. Nzan Ogbe in an opening remark, described the Calabar Festival under the State’s tourism development thrust as a brand new industry that creates jobs, wealth and skill for the people as a culmination of events because it is not only to entertain but also educate and that it has grown bigger by the year.


Mr. Ogbe described it as one of the biggest branding events initiated by any Nigerian Government and commended Governor Imoke for not just keeping it going but also developing it to include other activities.


A representative of First bank, Mr. Uke, representing sponsors of the festival said it has been in partnership with the State Tourism Commission in the past four years while the relationship between the State and the bank dates back to 1900, which precedes Nigeria as a nation, noting that as a big bank, it sees the programme as a catalyst for social engineering as well a support for the youth to show talents.


The bank, which currently has 14 branches in the State, stated that the event goes beyond tourism as the State has today become the biggest investment destination in the country and thanked Governor Imoke for giving them the opportunity to partner in the programme.