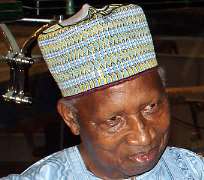 After recently seeing the sordid pictures of the dilapidated state of the secondary school I once attended, memories and emotions of past glories started to flow. I was in disbelief and shock, but the reality is that the state of that place called “school” epitomises the squalor to which education has been placed in our country. Yes, today I remember Mr. Maurice Archibong. This is a eulogy, not on his death (because he still lives) but an ode in appreciation for his unique teaching abilities that has contributed immensely to what I am today. Mr. Maurice Archibong was the Literature teacher of Federal Government College, Kwali-Abuja.

Mr. Archibong was not the most liked by students, in fact, he was the most disliked because he was the patron of the dreaded student police (Press club). The Press club reported on activities the management of the school frowned at including bullying, fighting, use of electronic devices, cooking in the hostels, sneaking out of the school gates etc. In the glare of the assembly of students, staff (both academic and non-academic) and school management, two student newscasters stood and revealed in glowing diction, the unwholesome practices students have engaged in. Yes, diction supplied by Mr. Archibong. Diction that meant you never escaped from the consequences. Diction that nailed your coffin. Depending on the gravity of the offence, it was usually instant justice. Justice at the hands of the “koboko” of Alhaji A.B. Yawa – the most dreaded principal any school has ever produced in Nigeria. I will at my last moment on earth continue to confess to this. “Koboko” that had metal strapped at the tip – that hurt. Not that I was ever a victim on the assembly ground, but I was a victim of Mr. Archibong (will come to that later). The majority of students who got suspended or expelled were due to the efforts of the Press club. The Press club, frankly speaking, performed effectively as they helped to ensure discipline was enthroned in the school. Yet, to us then the Press club was Gestapo and Mr. Archibong, head of Gestapo.

When we were told that our new Literature teacher in SSS 2 was going to be Mr. Archibong, we all quivered. Many of my colleagues wanted to swap subjects but then it was too late. The thought of coming face to face with the head of Gestapo was a nightmare we all wanted to wake up from. Chukwuka Olisekwu, Tunde Ologe, Bimbo Olobayo, Bola Bello, Williams Olabiyi, Clementina Ochei, Midah Ayuba, Sunbo Fisher, Uchechi Onyegbulem (R.I.P. my dearest) and others prayed to God for this day never to come to pass, but on that Tuesday morning (I think it was Tuesday) at about 1pm (Mr. Archibong usually preferred his classes late), he walked into the class. Tension, quiet, increased heart beats, stillness, focus and the first words that came out of his mouth were: Today, you have cursed yourself in the heat of your own unwisdom, this night you all die. He continued, “Who said this, to whom, when and why”. Yes, Ola Rotimi’s drama, Ovonramwen Nogbaisi. None of us had read the book and none of us definitely knew what he was talking about.

Chukwuka Olisekwu wouldn’t have known, because he had not even bought the book. That day was our initiation into the very interesting world of Literature. That day was when Literature became the best subject for all of us. That day was when we all viewed the head of Gestapo as a father who wanted success for his kids. One incident, turned hate to love. True, there is a thin line between hate and love. The next lecture we had, we have all read Ovonramwen Nogbaisi and were ready for “Who said this, to whom, when and why”, but you can never predict Gestapo, not to talk of its head. Mr. Archibong assigned characters from the book to all of us in class and we started dramatising the play. I was Ovonramwen himself, and when I started reading my line, I suddenly heard Mr. Archibong, “Cut ...You are angry here because people just tried to rebel against you, I need to hear that in your voice. And you are a king, talk like a king”. This is what we all got ourselves into. From Shakespeare’s Macbeth to Thomas Hardy’s “Mayor of Casterbridge”, he found a way to dramatise these to make the events memorable. We were all made to commit to our memories the great monologue of Lady Macbeth, because it was so important to the story.

Mr. Archibong assigned a chapter each to the students in my class from Mayor of Casterbridge. Our responsibility was to analyse the chapter and teach the class. That was presentation skills in practice. Until I left school, this was a man who succeeded in getting at least a student in all his Literature classes to score a grade of A1 or is it A* these days in WAEC administered examination, and nobody failed Literature in my set. I remember late Kwesi Brew’s poem “Lest we should be the Last” and our response to the question asked during the WAEC examinations. Most of us had committed the whole poem to memory and we simply wrote out the whole poem on the examination paper and started analysing it in relation to the question. My apologies for pidgin English here, “But which examiner no go fear”. That was the power of Mr. Archibong.

I had a love/hate relationship with Mr. Archibong. I did excellently in Literature, I was a member of the debate club which he was patron of and I was a member of the School Troupe (Dramatic society) which he was again patron of but not a Press club member. I was an anointed protégé if you like but I have never wanted to be close to any teacher. I was a non-conformist of sorts even in university. Put it mildly, I was stubborn. He sensed this and perhaps felt my academics may be affected. And one day, because Ugar Ugar refused to sweep the class while we were in SS2, Mr. Archibong saw his chance and used his Alhaji A.B. Yawa given “koboko” to hand me 12 metallic strokes. Reason, I was class captain and it was my responsibility to ensure the class was swept. How do I force Ugar Ugar who was bigger and taller than me to sweep the class? Justice, how I wish I could appeal to the Supreme Court then. The “koboko” strokes happened again a second time when I uttered my iconic phrase to Mr. Archibong, “It is a fallacy”. I won’t bore you with the details.

My next point may seem unorthodox but this is a classic case of teaching life skills. When I was in SS3, Mr. Archibong gave an assignment as part of the continuous assessment exercise to the SS2 Literature class. Mr. Archibong had divided the class into four groups and they were expected to write and act a drama. That was not in the syllabus. It took them by surprise and they did not know where to start and they had about three weeks to stage the play. They were so dumb-founded that one of the groups comprising Kemi Mayaki, Halima Abubakar, Medinat Isah, Bala Augie, Winneth Okunne etc came to me for assistance. I was angry that Mr. Archibong did not afford my class this opportunity. I wrote a drama on women empowerment (Yes, I have long been fighting for the rights of women) and I helped direct it as well. As part of his life lessons, Mr. Archibong invited Mohammed Mijindadi and my humble self to join him in the panel to critique the different dramatic performances. Our comments however did not count towards the overall assessment structure because of my possible subjectivity. My team scored the highest in the assessment by a mile (I had to point that out) but the lessons of the whole exercise remain indelible.

I mentioned, Mohammed Mijindadi, because he also has some stories to tell of Mr. Archibong. Mohammed Mijindadi was a team member of that trio that dealt a massive blow on Suleja Academy in 1994 during a debate contest. Why I was not part of that trio may one day be a paragraph in my autobiography. The preparation for inter-school debates was intense because Mr. Archibong was Mr. Intensity. Our preparation was drama personified. Our tone, pauses, body language, pitch, eye contact, movement were so closely stage managed. The students of Suleja Academy clapped for every one of our debaters which was unusual but one man got the standing ovation – Mr. Archibong. He was the host of the day and his responsibility was to introduce the different team members and announce the results. He did more than that as he summarised the key points after each debater has concluded and added dramatic effects to all the proceedings.

Mr. Archibong was kind-hearted and passion-laden. I remember him waiting outside the examination hall during our WAEC Literature paper. You could sense he was tensed but yet confident. He couldn’t wait to grab a copy of our examination paper so he could question us on our answers. That was a father. We took a stroll together that day from the dining hall (where we wrote the examination) discussing and analysing my answers. We ended up at the Cooperative store where he gave me money to buy a bottle of Coke and some snacks.

During holiday while at university, I taught English and Literature in private secondary schools. Yes, you guessed right. My teaching sessions were Archibong personfied. Why change a winning formula? At one point, the principal of one of the schools sat in my classes throughout the term to enjoy literature, to enjoy a taste of Archibong. My youth service year was no different as Shakespeare and his peers were brought to life in dramatic fashion. The opportunity he gave me to critique the assessments of Kemi Mayaki, Halima Abubakar and co became even more useful in university. I was the “official” critic of dramatic performances of the English and Literature Students Association Playhouse (ELSA playhouse). They did not like my reviews and so did not like me. I was blunt and brutal. Please ELSA playhouse, blame Mr. Archibong.

This man made us value education, he made us value life; he gave us the impetus to succeed in life. He will remain our hero and wherever you may be, I say thank you on behalf of the lives you have touched and affected positively. You made education even more meaningful to us. Again, we say thank you.

**Efosa Uhunmwangho was in class of 1994 at the Federal Government College, Kwali Abuja. Email: [email protected]