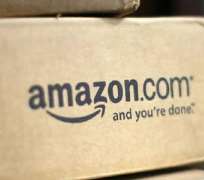 Amazon.com's investment opportunities are under a cloud -- and that's a good thing.

Five years after launching its so-called cloud computing service, the biggest Internet retailer is reaping the benefits of what has become a unique window into the technology startup world.

So far, Amazon.com Inc has backed at least four startups that are customers of its cloud business: Yieldex, Sonian, Engine Yard and Animoto.

High expectations for the cloud business or AWS are part of the reason investors own Amazon shares at prices that value the Seattle-based company at almost $100 billion.

"They're making sure the ecosystem that lives and breathes on their infrastructure is healthy," said Harry Weller of venture capital firm New Enterprise Associates.

"A lot of start-ups, particularly in the consumer area, leverage Amazon Web Services to get started in a cost-efficient way," he added. "They have a unique view into which businesses are getting traction because they can see what their usage is."

AWS provides computing power by the hour through its EC2 service and remote storage through the S3 service.

Amazon can tell which AWS customers need a lot more of these services quickly, giving the company clues on the businesses and technologies that are gaining traction -- insights that VC firms do not have.

"Amazon actually has a bunch of unique data sources to drive advantages in start-up investing," said Jeremy Levine of Bessemer Venture Partners. "They do a pretty good job taking advantage of them even though it's obviously not their core focus as a company."

An Amazon spokeswoman said that AWS is not a window for Amazon investments. However, Adam Selipsky, a vice president at AWS, said the business has helped Amazon in this way.

"AWS has great relationships with many young companies and there have been cases where we've been able to help with investment opportunities," Selipsky told Reuters during a September interview.

START-UP CHALLENGE
NEA's Weller is traveling from his Chevy Chase, Maryland, office to Silicon Valley for the final of AWS' Start-up Challenge on Thursday.

AWS has run a competition for startups that use its services since 2007. The winner receives $50,000 in cash and $50,000 in credit for AWS services that can be used over three years.

Contestants are judged on their implementation of AWS technology, the originality and creativity of their business, the chances of long-term success, how easily business models scale and how well they meet a market needs.

"There's a reason why I'm flying out from the East Coast," said Weller. "I'm getting to see things that I might not normally see that may have organically grown on Amazon's platform."

YIELDEX
Yieldex, which helps publishers with online advertising, won in 2008.

Through the competition, Yieldex executives including Chief Strategy Officer Tom Shields met Amazon corporate development executives and got to know Madrona, a Seattle-based VC firm that has been a panel judge for several years.

In February 2009, Madrona and Amazon invested in an $8.5 million Series B financing round for Yieldex.

"The AWS competition really put our technology on the map and I think it was directly responsible for Amazon learning about us and eventually making an investment," said Yieldex Chief Executive Andy Nibley, a former editor at Reuters.

"It's a fantastic way for businesses to get started, if you can't afford your own infrastructure," he said. "And it's great for Amazon to be able to see which ones are doing well -- to see things that aren't immediately obvious to the rest of the world."

Yieldex does not use the AWS cloud anymore because its business is larger and more stable now. But Amazon invested in the company again in September as part of its $10 million Series C financing round.

SONIAN
Sonian, which offers document storage, indexing and search in the cloud, was a finalist in the 2008 AWS Start-up Challenge.

Amazon invested in Sonian in a $9 million Series B round in January 2011.

"Through the Start-up Challenge they learned a lot about us," Sonian Founder Greg Arnett said. "It was understood generally that startups doing interesting things in the cloud would be of interest to Amazon from an investment point of view. Then it turned into a traditional VC process, with pitches, meetings and due diligence."

ENGINE YARD
Amazon also invests in AWS customers that are not in the Start-up Challenge.

Engine Yard, which helps software developers build and run applications in the cloud, initially had its own infrastructure.

But when Benchmark Capital invested in late 2007, the VC firm asked the startup to layer its platform on top of another company's infrastructure to save money.

"As we built this out, we did a second round of financing and Amazon expressed an interest in making an investment," Dillon added.

Amazon was a key investor in that $15 million Series B round in July 2008, alongside NEA. Amazon invested again in October 2009.

ANIMOTO
Animoto, a cloud-based video creation startup, is a big customer of AWS. When the company launched a Facebook app in 2008, it was inundated with new customers and went from using about 100 of Amazon's remote servers to 5,000 in four days.

"Before cloud computing we would have been dead," Animoto Chief Executive Brad Jefferson said.

Still, the extra computing power increased Animoto's costs, so Amazon invested in the company in 2008 "to help keep things going for us," he added.

In June, Animoto raised $25 million in another round of financing. Spectrum Equity Investors led that round, but Madrona and Amazon invested too.