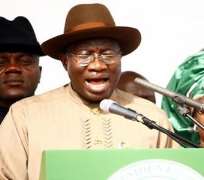 President Jonathan made audacious move with the reconstitution of National Economic Management Team, essentially to engage in finding solutions to economic mishap in the country. Nigeria deserved to have an economic team with vim attention on solving the economic woes confronting the country. The country’s economic problems are not only manifested in the abysmal wellbeing statistical indices but evidently buttressed in the daily lives of majority of Nigerians that cannot afford a decent three square meals for their families. The enormous economic challenges confronting Nigeria needs an economic team that will provide strategic, intellectual and well thought solutions to ameliorate the state of the country’s economic wellbeing. Nigeria needs to have a paradigm reversal in her approach in dealing with issues of economic ills of the society. Nigerian people economic needs must have precedence over the masterly World Bank and IMF economic prescriptions.

The neo-liberal economic policies from these international financial institutions are not necessarily sound economic prescriptions that a nation of over seventy percent poverty rate can momentarily thrive and survive. The removal of fuel subsidy, drastic shrinking of spending, and devaluation of naira are bitter medicines for Nigeria that may not necessarily be the panacea to her economic woes. Despite the buoyant growth of over 7% in the economy; existential problems of high unemployment and paucity of infrastructures are making life difficult for Nigerians.

Therefore with this state of Nigeria’s economy, the National Economic Management Team must draw a blue print with quantifiable mission and objective. On the problem of employment, the team must declare a clear objective and logical mission for reduction in joblessness among the youths. The team might target to reduce unemployment to 5-10% in next 5 years. On the inflow of foreign investment, the economic team might target 5% increases in next five years.

It is significant that National Economic Management Team will have a quantifiable goal and that will protect the team from not just becoming an intellectual exercise team, where the problems of country are theoretical and talk to death without any pathway to long term solution. Gargantuan Structural Team The 24-members team of National Economic Management Team from Neo-managerial perspective is bloated and that can impede a free flow of decision making and concord. The large team can become a deterrent to a quick management decision. A more streamlined and smaller team is necessary for less cumbersome and less complex information flow for a decisive group setting. With many of these members coming from different sectors of the government and interest groups may hamper cohesion because members maybe pre-occupied in defending their interests rather than focus on the country’s interest.

For instance it is on record that governors are for removal of fuel subsidies and are against the implementation of Sovereign Wealth Fund (SWF). With some governors as members of the economic team their chief mission will be to represent the governors’ interest. With these overlapping, interloping and confrontations of interests: Will team members set aside their interests and come together to allow the supremacy of the people’s interest? The 24-members team multi-dimensional scope may not give room for a quick resolution of a task and agenda.

The large team with 24 members is not necessary for it may end up becoming an obstruction to a well adjusted, efficient and vibrant economic team. The most important members of the team should come from the Presidency, finance and central bank. Then two or three experts from private and public sectors and informed average Nigerian as a watchdog of the common people interest probably the head of national labour congress. The National Economic Management Team should be a political group that needs to satisfy every aspect of the country’s political body and interest group but a national body that is set up to solve the country’s economic and financial problems. The appointments of business executives are necessary because they are job and wealth creators in the society. But the appointments of governors are without merit within the context of solving country’s problems.

The governors’ plates are already filled with their problems and there is no need to give them extra burdens. Objective and Productivity Nigeria’s share of the global GDP and productivity is about 0.32 percent, while the entire Africa contribution to the world productivity as quantified by Gross Domestic Product is only 2 percent. This is why it is imperative that Nigeria must diversify her oil based economy in order to increase her total output and thereby improve the economic well being of her citizens. Nigeria’s miniscule and anemic economy on global stage was barely detectable because of her enormous oil export.

With the subtraction of crude oil export, Nigeria economic activities should be missing in the global radar of trade and commerce. Therefore the National Economic Management Team’s primarily activity must to focus and concentrate on stimulating manufacturing and agricultural activities in Nigeria. Not wholly focusing on taming inflation and implementation of neo-liberal policies. This is not to suggest that work of strangulating inflation must be left only to Central bank of Nigeria (CBN). Just like National Economic Management Team, “From 2003 to 2007, Nigeria attempted to implement an economic reform program called the National Economic Empowerment Development Strategy (NEEDS).

The purpose of the NEEDS was to raise the country’s standard of living through a variety of reforms, including acroeconomic stability, deregulation, liberalization, privatization, transparency, and accountability. The NEEDS addressed basic deficiencies, such as the lack of freshwater for household use and irrigation, unreliable power supplies, decaying infrastructure, impediments to private enterprise, and corruption. The government hoped that the NEEDS would create 7 million new jobs, diversify the economy, boost non-energy exports, increase industrial capacity utilization, and improve agricultural productivity.”

National Economic Management Team must be enduring with muscular strategic planning beyond the short lived NEEDS. It is intrinsic and necessary that National Economic Management Team establish a clear mission and spell out a compass map to reach and achieve its defined purposes. The team must look beyond general purpose of solving hypothetical economic problems but rather focus on specific issues affecting the country and the masses. The team must have a define purpose and the means to an end, that is where the setting up priorities comes in. Is the team going to work feverishly to increase and expand the country’s manufacturing base and productivity? Or is the team going to pay more attention on revamping agriculture? On which ever aspect of the economy the team chooses to tackle, the key is to increase the country’s productivity and GDP. That will in turn cut down on unemployment and enable the wellbeing of the nation to appreciate to a satisfactory level.

National Economic Management Team must also pay attention on image management of Nigeria which has received a big dent in the global village. A realistic and pragmatic rebranding is essential for economic growth and development. There must be a member in the team that can be able to champion the course of image management. The country must device a channel to tell her stories to world especially to tourists and investors without bias and gimmick.

It must be noted that in a capitalistic economy, government does not necessarily create jobs rather creates the environment that will attract capitals and investors. National Economic Management Team is not going to create jobs out of thin air but must work with presidency and private sector to make economic landscape palatable for investments and economic growth.