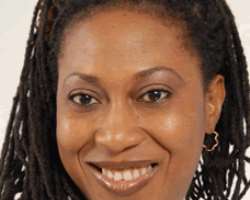 Pretty Nollywood actress and film producer, Lilian Amah, has distinguished herself in showbiz but she is also an aspiring novelist. Prodding into the depth of human existentialism in her best selling novel: Echoes of a Heartbeat, 2006 and investigating into the dynamics of human relationships and inter-tribal marriage within the context of the Nigerian civil war in a yet to be published novel, Amah successfully doubles as a writer and actress.

In a recent encounter with http://nollywoodgists.com, Amah revealed top secrets about her uncelebrated career as a novelist, her passion for the youths, women' role in re-branding Nigeria among many other issues.

What inspires my work
I write mainly because I read a lot and have a very active imagination. Some of the works I read include novels, biographies, historical books and auto biographies. People can hardly see me without a book. This voracious reading culture has improved my vocabulary, I have learnt a lot of ways in which writers play with words stories and manipulate their characters. Often, while writing I get to a brick wall as to creating a certain aspect but my knowledge of other writers' works has always helped me out.

Creating Suspense
Whenever I write, I do not deliberately create suspense. I am a writer, who easily gets bored. I don't want anything to be predictable and that is exactly how my mind works when writing. So I tend to go into a direction that is unexpected. May be that is what leads to the suspense. Also I do not think a reader would enjoy a story if he or she already knows the end from the beginning.

Thrust of my novel.
In the Echoes of Heart Beat, I have a lot of questions that I haven't found answers to. Such questions include why would a good man as Dr. Femi Taylor who rescues the protagonist, Kehinde Lawson, die so sudden? Then I ask myself again, “Are good men not dying early? Again, Derrick Williams in the novel would have lost Kehinde forever but they still come back to get married after his (Derrick's) atrocities. But honestly it's a story that always drives me when I write. I sometimes see Femi's death and Derrick- Kehinde's reconciliation in that novel as fatality. Although that was not the point I wanted to make when I wrote it.

Shoot the novel into a film?
A friend of mine has actually adapted the novel for the screen and I intend to shoot it but I cannot say when now.

Roles of young writers
I think for those who have flair for writing, they should cultivate the habit of reading a lot. When you read a lot you have better ideas that would enrich your writing. This would also prepare you for the task of tackling the intricacies of writing.

Role of women in re-branding Nigeria
I believe in the first place that the role of every woman is to make the world a better place. I believe that women are the stronger species. Not in terms of the physical strength but in terms of spiritual and psychic strength. So the woman is spiritually stronger than the man if she lives it. So, if you want to re-brand anything, you need women to have the right focus. So, if Nigeria really wants to re-brand, we need to re-orient our women. Women have to know and have the desire to do the right things. Once that happens, the men will inevitably follow.

Women in Nollywood
The image of women in Nollywood is just about the same in Nigeria and in creation. Womanhood has a lot to answer for really. Because we, the women have helped a lot in creating the mess that is in the world today. So if the woman changes, creation would change, Nigeria would change and Nollywood would change. Women have a lot of subtle influence, whether we like it or not, that can be used to change things for the better. Our mannerisms affect a lot of other things and people. As the saying goes, “ the hand that rocks the cradle rules the world” women are the hands that rock the cradle. So I appeal to my fellow women that we really need to sit up, look inside, and decide to fulfill our purposes on earth.