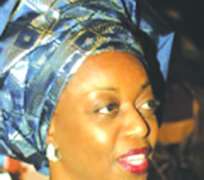 The House began investigation of the non-remittance of N450 billion to the Federation Account by the NNPC even as the agency, Central Bank of Nigeria (CBN), Petroleum Products Pricing Regulatory Agebcy (PPPRA), Customs and the Ministry of Petroleum Resources failed to turn up in the Senate to brief the lawmakers on the subsidy.

In the House yesterday, the uproar degenerated into name-calling and a warning on the lawmakers' place in history as regards their conduct. Before the resumption of the public hearing, the Committee on Petroleum Resources (Downstream) had postponed the much-publicised talkshop on government's plan to remove the subsidy as from January next year.

Chairman of the committee, Peterside Dakuku, told journalist that the shift was as a result of the absence of lead speakers and other major stakeholders, who were attending the International Bar Conference in the United Arab Emirates (UAE). Trouble started after the Executive Secretary, Nigeria Extractive Industry Transparency International [NEITI], Mrs Zainab Ahmed, submitted a document to back up the claim that NNPC indeed, owed the Federation Account N842billion and not N450billion.

One of the co-chairmen of the investigating panel, Muraina Ajibola, had asked the NEITI boss to explain how she came about the figure of unauthorised deductions of N842 billion. He was interrupted by series of 'Point of Order' by members, who felt that there was no need for such question.

Ajibola's comment warning members of the panel to be careful and reminding them about their place in history angered more members who shouted 'Point of Order, Point of Order' as some even walked out.

Chairman of the Joint committee, Abdulmumin Jibrin, shouted himself hoarse to calm members, until the arrival of the Deputy Minority Leader, Suleiman Kawu, who succeeded in restoring order in the House.

The NEITI boss went ahead to summarise the details of how NNPC made deductions on subsidy from domestic crude revenue and applied exchange rate below the CBN's ceiling.

The audit findings by NEITI between 2004 and 2008 showed there were underpayment and overpayment of invoice values. Addressing the Joint Committee, Minister of Petroleum Resources, Mrs Deziani Allison-Madueke, told the House that the NNPC does not operate like a government department.

'The oil and gas industry is highly capitalised, that it cannot be run on government Appropriation. Let members know that NNPC is not subject to the Consolidation Revenue.'

Mrs Allison-Madueke stated that her ministry's budget was a mere N9billion this year, which she noted was a paltry, compared to what goes into the operations of the oil and gas by the NNPC.

From the records, she defended NNPC, saying that there were no deductions made by the corporation to the fact that there were discrepancies in the volume of crude produced and what was recorded.

She said that the NNPC found itself in a similar situation in 2003 and made forced payment, but that at the end of the day, it turned out to a debt which was eventually paid.

She also disagreed with the submission of NEITI, saying that NNPC is using the exchange rate by the CBN and that all deductions made by NNPC were authorised by the Federal Government.

'The NNPC withheld a total of N450billion from the proceeds generated by it between the periods of February 2005 to November 2008.

'The amount deducted is not in dispute as the NNPC agreed with figures, as they have begun the repayment of the sum of N7, 617,426, 250 per month effective from the month of September 2011.'

The NNPC is yet to defend the allegations of non-remittance of N450billion to the Federation Account as at Press time.

Hon Dakuku said that apart from the absence of the lead speakers on the stakeholders parley on removal of fuel subsidy, the Eid-el-Kabir break and the ongoing probe of the NNPC were other reasons for a new date for the parley which will be communicated to the public.

Meanwhile, the NNPC, PPPRA, CBN, the Ministry of Petroleum Resources and the Nigerian Customs Service (NCS) failed to turn up yesterday in response to summons at the Senate over the fuel subsidy scheme.

The agencies were expected to brief the Senate on how government spent N1.5 trillion on oil subsidy before the end of September 2011 as against the N240 billion appropriated for the purpose.

Only the Co-ordinating Minister on the Economy/Finance Minister, Dr. Ngozi Okonjo-Iweala showed up, but was unable to brief the Joint Committee investigating the management of the scheme.

She requested for and was granted more time to prepare a comprehensive brief on the entire procedure for administering the subsidy; sources of the fund and why there had been an unprecedented rise in the quantum of subsidy in the latter part of this year.

On Tuesday, the Joint Committee Chairman, Senator Magnus Abe, told newsmen in Abuja that the committee was yet to receive any response from the NNPC , CBN, Petroleum Ministry and the Finance Ministry, whose heads are to meet with the committee today.

Speaking at the interactive session, Senator Abe assured Nigerians that the National Assembly 'would get answers' because 'it is impossible for the committee to tell the Senate that they (members), cannot find any answer to the question of subsidy management in the country.'

'We have closed the submission, we only received a memorandum from PPPRA. We have not received any courtesy call from these government agencies despite that we have delivered our letter to them.

'We can only work on the submission by the PPRA, because according to the memorandum sent to the agencies, we are supposed to have received their memorandum ahead so that we know where to ask questions from them.. we asked the agencies to submitted their briefs 72 hours ahead of the programme but up till now we cannot get any brief from them.'

The Senate mandated the Joint Committee on Petroleum Resources (Downstream), Appropriation, and Finance to investigate the operation of the fuel subsidy scheme. The committee was set up three weeks ago following the adoption at plenary of a motion sponsored by Senator Bukola Saraki.