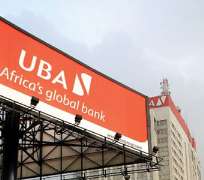 The Ruby Account has unique features that set it apart from other banking products in the industry. Such features include; Zero COT and highly attractive interest rates, Customised debit cards and cheque book, no limit on number of withdrawals or deposits; up to 50% discounts on services from RUBY partners such as AVIS, AA Rescue, BUPA, ACG World Concierge Services, Qatar Airways, Clear Essence California Spa and Wellness Resort, MegaCare Pharmacy, and UBA Metropolitan Insurance. For women in business, a website will be fully built for them for free, courtesy of Google. Customers will also enjoy preferential pricing on the consumer loans of the bank.

Speaking while unveiling the ceremony, Head Group Retail Banking Division, UBA Mr. Chidi Okpala said the introduction was informed by the need to provide convenient banking for women, especially professional and businesswomen, who place a premium on convenience banking.

“Women control over 60% of household expenditures. Apart from that, there has been an increase in the number of women in top flight executive positions and more successful self-employed professionals. These new breed of women are financially independent and are contributing significantly to economic growth and development. They are the target market for Ruby,” he explained.

Whilst calling on the women folk to leverage the opportunity offered by the Ruby Account, Mr. Okpala revealed that there are on-going discussions with exciting new partners in sectors that are relevant to women and those partnerships with their benefits will be unfolded as discussions are finalized.