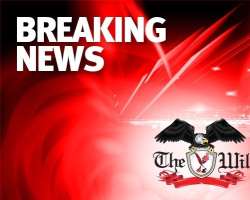 Sylva was earlier barred from the race following his political differences with President Goodluck Jonathan.

THEWILL gathered that the decision to issue Sylva clearance to contest followed pressures from the Nigeria Governors’ Forum (NGF) and supporters of the embattled governor.

The leadership of the PDP has been meeting all day at its Wadata Plaza headquarters in Abuja, where the source, who crazed anonymity, said the decision to clear Sylva for the primary slated for November 19, 2011 was taken.

Pundits have maintained that it is wrong to exclude Sylva from contesting in the primary because of the conflict between him and his kinsman, President Jonathan.

Sylva in a statement Tuesday said he is being targeted by his political enemies.

It is however unclear whether he would get the support of the party and President at the primary as most incumbents do.