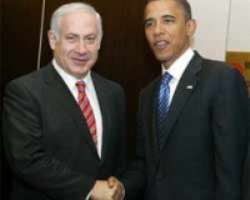 The historic decision was taken at the ongoing 36th General Conference of the world body, after a simple, but tension-soaked voting process, which began at about 1.43 p.m. and lasted for about 35 minutes. In the end, 107 member states voted in favour, 14 were against while 52 abstained. The Nigerian delegation which voted in favour, was led by Education Minister, Prof. Ruquayyatu Rufa'i.

A total of 185 members were entitled to vote, 173 of which were present at yesterday's proceedings. Palestine needed 81votes to make the two-thirds majority requirement, but it got 26 votes more. As the votes were being counted, the Palestinian delegation members were on their feet. The hall erupted in a joyful uproar when the results were announced.

Before the voting started, President of the Conference, Katalina Bogyay of Hungary, while explaining the procedure, had stated that each country's name would be called, and the leader of each delegation was required to answer 'Yes' or 'No.'  One after the other, the names were called but the voting pattern was both expected and surprising.

For instance, the United States (U.S.), Israel and Germany were expectedly part of the 41 members who voted against Palestine. The United Kingdom (UK), America's traditional ally, abstained.  The first two countries had been at the forefront of the campaign against the admission of Palestine since the motion was introduced in 1989. Surprisingly, however, France, Norway, Finland, Austria, Republic of Ireland and Iceland broke ranks with other members of the European Union and voted in favour. Italy quietly abstained.

Some of the African  countries which joined Nigeria and voted in favour were: Ghana, Niger, Mozambique, Kenya, Mali, Namibia, Malawi, Congo, South Africa and the Republic of Benin. Cameroun and Burundi abstained.  Three giant Asian countries,  China, India and Indonesia also voted in favour. Rufai, who voted on behalf of Nigeria, declined comments. She, however, stated that Nigeria had maintained a diplomatic presence in Palestine since 1989.

But the U.S. and Israel criticised the outcome. The U.S. insisted that the action by UNESCO was 'counter-productive.' It declared: 'We are here in UNESCO today because of the contributions it continues to make, including its mission of building peace, promoting education, culture and science and its praiseworthy focus on Africa and on women and girls. However, we recognise that this action today would complicate our ability to support UNESCO's programmes. There are other ways of promoting the cause of the Palestinian people, that would not have involved seeking premature membership of UNESCO.'

For Israel, Palestine's admission as a member 'is a tragedy for the ideals of UNESCO and a great disservice to international law and the chances for peace.'  It added: 'UNESCO deals in science other than science fiction. However, a large number of states (countries), which are less than two-thirds of the member states of this organisation, has adopted the science fiction by admitting a non-existent state to the science organisation.'

Apparently bracing for America's retaliation, UNESCO's Director General, Irina Bokova reminded member states that America, the largest financial contributor to the organisation, could block its funds. She, however, enjoined members to rise up to the occasion and ensure that UNESCO does not suffer unduly.

Author of this article:  From Rotimi Lawrence Oyekanmi, Paris