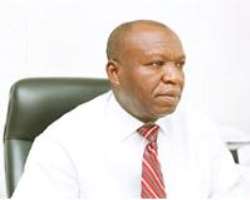 The storms refuse to die down at the Dangote Group as yet another top lieutenant has abandoned the sinking Aliko Dangote ship in an unending wave of mass exodus that has seen several top management staff heading for the exits.

Huhuonline.com has learnt that Abdulai Sule, the Managing Director of Dangote Sugar aka Dan Sugar, resigned his appointment this week in yet another setback for the Dangote group, said to be crumbling under the weight of debt and mismanagement.

It was unclear whether the current schism with erstwhile friend and now bitter enemy, Femi Otedola had anything to do with the recent wave of mass resignations that have hit the Dangote group but observers could not help but recall that Abdulai Sule was former MD of African Petroleum AP, now owned by Chief Femi Otedola; who it appears, has now become Aliko Dangote's nemesis.

Recent resignations include those of Mr. Uzoma “Uzor” Nwankwo; the Group Executive Director in charge of Corporate Finance abandoned ship after just four years in charge; ostensibly afraid the black box-like financial management at the Dangote group will implode in a wave of accounting scandals.

A senior employee at the Dangote group told Huhuonline.com that the top brass are resigning to demonstrate exasperation with Aliko Dangote for whom the clock is already ticking. Debts have been mounting, creditors and banks are recalling their loans and seeking re-payment and with falling stock prices, the noose seems to be tightening on Dangote's neck.

These resignations have been a bombshell in the Dangote financial empire and a source confided to Huhuonline.com that Aliko Dangote now suffers from sleep deprivation and is now on drugs. For those it rains, it indeed pours. Aliko Dangote: how art the mighty fallen?