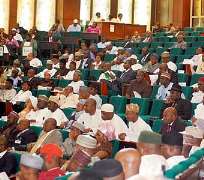 It may be that looters are unwilling to catch looters. That is the natural inference from the case that the nation’s Auditor-General preferred against federal lawmakers. He is the one with the power to audit funds expended by federal institutions. Now he says lawmakers don’t check audited financial statements that his office submits. Denial is the expected response. Lawmakers already did that, and long before the AG’s accusation landed on their table.

An auditor has a job to do. It is a crucial one. At the most basic level, the goal of a financial statement audit is for the auditor to form an opinion regarding whether those statements are or are not free from error. For him to do this, he must use his best professional judgment when assessing information and assertions made available to him. While audit work varies, generally, the auditor can follow some common procedures which enable him to accomplish his task. One of such procedures is the need for him to evaluate relevance and reliability, because he can’t issue an audit opinion unless he has sufficient, competent evidential material. Relevance, which means that the evidence directly relates to the facts he’s e trying to substantiate, and reliability which means he can depend on the evidence to steer him in the right direction, are two hallmarks of good evidence. The auditor also has to test the assertions of those whose financial statement he is auditing, and this must have been presented on the financial statements using generally accepted accounting principles. The auditor has the responsibility to realize when these are not being uniformly applied.

He also has to substantiate assertions that the transactions shown on the financial statements actually took place; and that whatever event took place is recorded in its entirety. Also, the auditor has to satisfy himself that the transaction is recorded in the correct account, while transactions must be on the financial statements for the correct period. In addition, the presenter of the financial record is responsible for the liabilities shown on the balance sheet. And finally, the auditor, after the auditing process is concluded, gives his professional opinion about how much reliance users can place on the audited topic at hand. This is the elementary summary of what the nation’s Auditor-General’s office has been sending to the lawmakers over the years. He is legally bound to do so, after he has taken a look at the financial records of Federal Government institutions.

Successive AG’s of the Federation have been submitting audited reports to the lawmakers for years. Now, the current occupant of the seat, Mr. Samuel Tyonongu Ukura, said those empowered to take action on the reports have not been paying attention. And the lawmakers were not the only ones accused. In his latest report, the AG listed institutions that have not been handing over their financial statements to his office. One is Nigerian National Petroleum Corporation, NNPC, a perennial lawbreaker in that regard. There is the Central Bank of Nigeria, CBN, the Economic and Financial Crime Commission, EFCC, as well as National Salaries Incomes and Wages Commission, the last two of which the AG says have never submitted annual reports of their finances since their inception.

And the AG stressed the implications of all these in the report he presented to the Public Accounts Committee of the House of Representatives on the financial state of government agencies, institutions and bodies. The failure of the National Assembly to perform its constitutional role of vetting reports with a view to recommending appropriate actions had made many government agencies to be reluctant in adhering to prescribed accounting standards. Worse, many of them had refused to submit annual reports of their income and expenditure to the Office of the Accountant General of the Federation. The response of the lawmakers to this on that occasion runs to a pattern. The Chairman of the House of Representatives Committee said the Office of the Auditor General had not reminded it on the need to consider the audit report, so lawmakers would not take all the blame.

If there is anything that all of these provides, it is an insight into the process of governance here. Lawmakers earned fantastic take-home pays, they took loan from banks to achieve the same, yet they didn’t do the work they paid themselves to do. But they are not the only ones to point to as far as corruption that is crippling the nation is concerned. Public officials who see statutory functions unattended to, and watch as things degenerate are accomplices. The current AG is relative new in his post; what of his predecessors who did not receive financial statements from government institutions for years, they knew lawmakers did not touch whatever reports they submitted, but they remained silent. It is not likely that quality of governance will witness any meaningful improvement if the system has no sanctions for public officials that are collaborators in the perpetuation of irregularities with their criminal silence. Yet these same set of people trade blames when things go awry. In this case, lawmakers are not only ones to blame. Every link in the chain that does not take relevant steps to ensure that others uphold the law, and thereby contribute to the perpetuation of corruption in this nation is equally guilty.