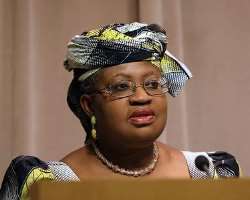 “If you behold a chicken chasing after you in the morning, have rapid dialogues with your legs, since you wouldn’t know if it had grown teeth overnight”, an Isoko wisecrack admonishes. The Goodluck Jonathan government’s uncommon resolve to remove fuel subsidy so early in its life and dare Nigerians means more than meets the eye. Nigerians need to look at it critically in the manner of the chicken chasing after someone in the morning because decisiveness and bravado haven’t been attributes of this government. Obasanjo, renown for his grit and audacity, was too scared to tread on the terrain of fuel subsidy removal. With decaying infrastructure, collapsed educational and health systems, Nigerians are very passionate about the cost of fuel because it remains the only essence of being a Nigerian.

Over the years, Nigerians have been subjected to severe hardship that resulted from the partial removal of subsidy on petroleum products with tons of promises before the exercise that more money would be available to fuel sustainable development, maintain old infrastructure and build new ones, but with worse social outcomes, thereafter.

I wouldn’t know if I have extra sensory perception powers, but I saw it coming. And my ‘prophecy’ is about to come to fulfillment on January 01, 2012. What explains my ‘prophecy’ is not farfetched. Firstly, the unusual determination with which Jonathan went for Okonjo-Iweala as his Finance Minister, as if there are no other Nigerians who could do the job. And secondly, the ease with which the World Bank released her to her new assignment, even announcing to the embarrassment of the Presidency that she would serve, in addition to her traditional portfolio of Finance, as the Coordinating Minister of the Economy. These uncanny occurrences portend something sinister.

I told friends over ale that because she was backed by the World Bank, Okonjo-Iweala’s second coming was ominous – fuel subsidy was on its way out. I was called names, but I argued most fervently that for one Okonjo-Iweala, Nigeria has thousands of extremely sound economists who could handle the economy as well if not better. Does Nigeria lack economists so much so that it is only Okonjo-Iweala who can run its economy? It was the inimitable Prof. Eskor Toyo who said that, “I know more economics than the IMF economists”. That is a statement of fact. And to marshal my point, I paraphrase him thus, ‘there are Nigerians at home in the various universities (and even motor-parks) who know more economics than World Bank/IMF economists.’

It is now apparent even to the unwary that the World Bank and IMF do not mean well for developing economies. Both institutions have developed and implemented policies that have stunted the growth of developing countries and inflicted unimaginable suffering on the people of the African continent. Privatization and/or cutback on public sector services, removal of subsidies on services and products including food and petroleum products and currency devaluation, are prescriptions of the World Bank and IMF; prescriptions that have obviously worsened the precarious living conditions of the developing world including Nigeria. Years ago, Prof Adebayo Adedeji came up with alternative to subsidy removal, currency devaluation and privatization – a prescription which encompassed differential interest rates, multiple exchange rates and selective control of prices, amongst others. May be out of intellectual laziness or lack of political will, the government of Nigeria has not explored the options provided by Prof. Adedeji’s prescription.

John Perkins’ astonishing confessions in his celebrated book, The Confessions of an Economic Hit Man, in which he told of how policies that promoted the interests of the United States government, banks and big corporations are implemented by World Bank and IMF while professing to alleviate poverty in developing countries, vindicates all those who see through the façade of ‘subsidy removal will make more money available for development and improve the economy.’

Okonjo-Iweala came from the World Bank as its Managing Director. While her patriotism to her country of birth is not in doubt, what is in doubt is the creepy coincidence and brutal vehemence of the threat of the government to remove whatever subsidy there is (if any) from petroleum products and the known stand of her immediate past employers (where she will definitely return after her stint as a minister) on the issue of subsidy. Could it be the voice of Jacob and the hand of Esau syndrome? Indeed, Prof Ayo Oludotun writing in The Guardian of October 20, 2011, was dead right as he summed it up thus; “It is obvious that we cannot develop under the aegis of the same forces that are partly responsible for our underdevelopment as well as of people who continue to throw at us the same cure-all therapies that hold back our development”.

I have no personal grouse against the honorable Minister. Indeed, prior to this time, she was my hero. She is a subject of my 477-page book, The Nigerian 100: The Most Influential Nigerians of All Time, where her essential character was distilled in sweet prose. I am not an orthodox economist and have never claimed to be one. But I take more than a passing interest in economics and thus I can be classified as a motor-park economist in the manner of Adione-Egom. Even at that, it doesn’t take Harvard training as an economist to know that Nigeria’s problem is not subsidy of whatever hue, it is CORRUPTION. Over the years, corruption has grown in leaps and bounds. Government officials no longer steal in the millions; they do so in the billions of whatever currency.

If corruption could be tamed and the porous leakages in government sealed, there would be enough money to drive sustainable development. It is therefore preposterous and indeed hollow to propound that subsidy removal will make more money available for development. No, not with the level of nauseating level of corruption in Nigeria. Oil subsidy removal will only make more money available to the fat cats in Abuja and the government houses in the State Capitals across Nigeria to steal. Politicians and government officials (elected or appointed) are no spirits. They live amongst the people. We know them before they get into office and we know the rapid magical and paranormal transformation that takes place immediately after getting into office. It remains to be seen the government official that lives within his means. Trying corrupt politicians in the media as EFCC is wont to do without confiscating their ill-gotten wealth and sending them to long terms in jail is a mere hollow ritual that serves as no deterrent to would-be thieves.

The Federal Government’s Campaign Against Waste (CAW) that has taken over the print medium and airwaves is anti-people. It is a subtle acceptance of crass ineptitude. It is laughably painful that the government has turned a blind eye to those who are milking the economy and going for those who are barely scraping by. It is a case of displaced aggression. Government has been beaten silly by a cabal that it says hijacked the oil subsidy. She would rather she vent her anger on the poor masses. But to discerning Nigerians, the glib argument of the government to the effect that a so-called cartel or cabal or whatever of about 50 Nigerians has hijacked the subsidy on oil smacks of admission of failure in governance. Who controls the police, the armed forces and courts? The Federal Government, with its apparatuses of power is afraid to take on a group of 50 but wants to dare the ire of 150 million Nigerians; someone must be proffering wrong advice. If the government is not courageous enough to take on the cabal that has fed fat on the people, would it be fair to punish 150 million Nigerians? I dare the government to name the cabal.

Removing the only essence of government that the poor and indeed, majority of Nigerians enjoy is a time bomb – an atomic one for that matter. I wouldn’t know what the intelligence and security reports indicate, but from my layman checks, it is less than pleasant. The people are seething with anger because of failed infrastructure, poor governance and unbridled corruption. Fuel subsidy removal may be the beginning of the much awaited ‘African winter’, the outcome of which is unpredictable.

Dr. Prosper Ufuoma Ahworegba is author, The Nigerian 100: The Most Influential Nigerians of All Time.