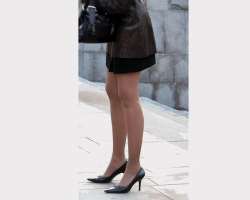 “At a time, some of our members complained that condoms were being distributed to them at their offices.”

The rising complaints of abuse and sexual harassment in the banking industry, traceable to the emergence of Nigeria's new generation banks, has continued to cause concern about questionable labour practices allowed to thrive in the sector due to the glut in the labour market.

The burden of banks' seemingly insatiable desire for deposits experts said is carried largely by female bank officials -who are subjected to various forms of threats, intimidations, queries and demotions, if they are unable to meet the monthly targets.

According to a female bank staff, "some banks, attach the payment of the salaries of marketers to performance on their given targets. If the target is not met, a percentage of their salary may be deducted and their promotion and other bonuses delayed. I have a friend who has just lost his job because he didn't meet his target. The management called him and advised him to resign or get sacked."

According to her, some female bankers are recruited with clear instructions to generate between N150 million and N300 million within 3-6 months, while those in the operations department have specified targets, like N1 million per month, two savings accounts in one week or three in a month, depending on the branch head and stability of the branch.

No bank has publicly acknowledged the truth of these allegations though.

According to the CBN governor, Lamido Sanusi, in his maiden meeting with the House of Representatives committee on banking and currency in Abuja, last month, "Yes this thing is here, although in my over 20 years in the banking industry, I have not experienced where a lady was asked to go and sleep with a man to get deposit. I am sure no bank will say that."

According to a female marketer at a top bank, the ultimate decision lies with the marketers as individuals. "It has not been easy, but I am getting used to it. Sometimes, in the process of persuading customers to open accounts, I realise that I am already crying, and then, they are moved and just open the account with much more money than I was even asking for. Sometimes, with just two or three people opening accounts, you can cover your targets for that period.

"Of course, you may not always be lucky, because things don't always turn out that way, but once in a while, we meet decent men, who understand our plight and help us," she explained.

The acting secretary general of the Association of Senior Staff of Banks, Insurance, and Financial Institutions (ASSBIFI), O.P. Orere, explained that the association has never been in support of unrealistic targeting. According to him, "This institution has never supported this. We have frowned at, condemned and castigated it through our various publications and press releases.

"There is nothing we can do. At a time, some of our members complained that condoms were being distributed to them at their offices. It is a fight that has been in existence for a long time. In my 25 years of working in the bank, we didn't have targets."

He puts the blame on the new generation banks. "These banks have 25 billion with the CBN which they do not have free access to, but they need money to carry out their day to day transactions. We have advised them that they can get this by introducing good products to the public and not exposing these ladies to various vices. It is against the International Labour Organisation's decent work agenda, which Nigeria is a member of."

Investigations however reveal that an arm of the ASSBIFI is sponsoring a bill at the National Assembly to check these 'outrageous' practices.