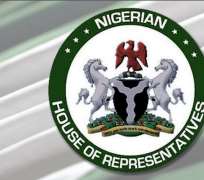 ABUJA, October 24, (THEWILL) - The House of Representatives will investigate the activities of the ecological fund in order to ascertain which government department is managing the fund.

The lower chamber is interested in unravelling who is responsible for its application, monitoring and judicious use.

The House would also seek to know how much has being expended since the inception of the scheme by inviting the Central Bank of Nigeria (CBN), the Secretary to the Government of the Federation, the Accountant General for the Federation as well as the Minister of Environment, it was gathered yesterday.

Chairman of the House Committee on Rules and Business, Honourable Albert Sam-Tsokwa representing Donga/Ussa/Takum who confirmed this in Abuja said that the House is worried about the custodian of the huge amount of monies under the ecological fund scheme as no one seems to be taking responsibility.

According to him, the inability of the House to ascertain the true custodian of the ecological fund has presented the scheme as a “drain pipe” in the eyes of the public, adding that for the fact that a certain percentage of the distributable pool is channeled to ecological fund, but with nobody to hold accountable for judicious application and management.

“I am saying this because I was a member of the committee on environment and we raised this matter with the minister and permanent secretary, and the SGF, there was no answer. I think this is what has necessitated the sponsor of this motion for the House to look into it by inviting the public to make inputs, invite the Central Bank of Nigeria (CBN) and Accountant General to hold opinion so that we can know exactly who is responsible for the custody of the ecological fund; how much money has gone into that account since inception; how it has it been used and to know whether it has been beneficial to Nigerian people or if it has been a drain pipe going into the pockets of a few?

“So, Nigerians should be interested in knowing and in line with the posture of the House it will be taken seriously because it is a very important fund because of the ecological problems in this country. But to what extent that fund has achieved its mandate, we will find out when

However, Sam-Tsokwa, the Business and Rules chairman of the House did not say exactly when the motion would be brought to the floor of the House for debate, but confirmed that the process and a motion to that effect is almost ready for presentation.