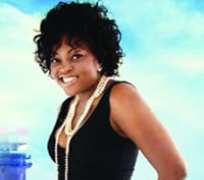 • Jenifa
Just a week after release to the cinemas, The Return of Jenifa has sold more than all other Hollywood movies at cinemas across the country, a feat never achieved by any other Nollywood movie. And this has earned the movie the title of 'fastest grossing Nollywood movie of all time' by cinema operators.

This feat is even more remarkable as the movie is only showing in three cinemas – Silverbird Lagos and Abuja, and Ozone Cinema in Yaba, Lagos.

Perhaps, this did not come as a surprise to some Nollywood buffs as Funke had churned out some blockbuster movies in DVD in the past; movies like Jenifa, and Omo Ghetto were said box office.

The impressive showing of The Return of Jenifa made the cinema operators ask for two weeks extension for the movie at the cinemas. That means it would be on show for four weeks.

Since its grand premiere at the MUSON Center on Friday, October 7, the movie has been earning applause and respect from people, who trooped out to support the actress at the premiere, which the First Lady of Lagos State attended.

The Return of Jenifa, which was shot both within and outside the country, features an impressive cast that parades both music and movie stars including Eldee the Don, Banky W, Denrele, Antar Laniyan, Helen Paul, among others.

The storyline revolves around the life of the main character, Jenifa. She registers to be part of a dancing competition, but when she is asked to undergo HIV test as part of requirements for entering the competition, she fled, being unsure of her status due mainly to her past exploits.

She is later forced to withdraw from the society she once ruled and moves back to her village. Going back to the village, however, does not stop her from being her crazy self, and in the end she learns that life is not all about being a 'gbogbo big girl'. The movie was shot by DJ Tee.