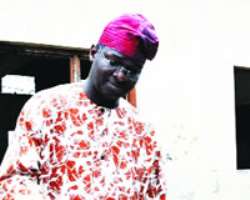 Lagos State, yesterday, held its elections into the 20 local government areas and 37 local council development areas with voters shunning the exercise. A total of 28 political parties officially participated in the election in which 5000 candidates contested for 57 chairmanship seats and 376 councillorship positions in the state.

The Action Congress of Nigeria (ACN), the ruling party in the state literally had a field day as virtually all the opposition parties which fielded candidates in the exercise were hardly noticed in the polling units visited by Sunday Sun. Lagos State governor, Babatunde Fashola cast his vote in the council polls at 002 polling station, State Junior Grammar School (Special ) Surulere. Sunday Sun reports that Fashola who wore a cream coloured kaftan and his wife, Abimbola voted at about 11.30 a.m urging residents of the state to remain peaceful and accept results of the election.

He stated that the state was a mini Nigeria, playing host to people from different ethnic nationalities, noting that the state had prepared for the worst, while expecting the best from the exercise. According to him, reports available showed that the state was peaceful, adding that adequate security has been put in place by the government to ensure protection of lives and property.

On apathy and irregularities that trailed the polls, a member of the House of Representatives, Mr. Yakub Balogun, who spoke with Sunday Sun, attributed the initial low turnout to lack of publicity and awareness campaign on the part of the Lagos State Independent Electoral Commission (LASIEC) . The former Lagos State head of service urged residents to participate actively in the polls, saying it would impact positively on the lives of the people only if they elect good leaders that have the welfare of the citizenry at heart.

He expressed optimism that the election would be successful in the state, adding that residents have enough time between 8 a.m. and 3 p.m. to cast their votes.

Balogun, who represents Lagos Island Federal constituency, commended the peaceful atmosphere in Lagos Island, urging the contestants to accept the results in good faith when announced by LASIEC. Sunday Sun also gathered that ballot boxes were snatched at some polling units, including the one at St. Gregory College, Obalende. A bewildered voter said some armed party thugs stormed the college and snatched the ballot boxes.

This, he said, abruptly disrupted voting at the polling unit.

At Our Lady of Apostles polling centre, Badagry, many voters were turned back after the poll officials exhausted the 100 ballot papers issued for over 700 names on the register.

Sunday Sun also reports that at Ajara Primary Health Centre polling unit in Badagry, enthusiastic voters could not find their names on the voters register but those who possessed valid voters' cards with their photographs were allowed to vote after an agreement by the party agents who registered the voters in an exercise book.

Lagos Island peaceful
The council election in Lagos Island area was peaceful and orderly amid reports of late arrival of materials.

Sunday Sun reports that in Lagos Island, Ikoyi and Victoria Island materials were not supplied on time even though the turnout of voters was impressive in some polling centres and very low in others.

But Mr Yemi Oyetokun, Presiding Officer at Ward I Unit 009, Olowu/Epe Street, Lagos Island, expressed satisfaction with the conduct of the exercise.

He commended the State Independent Electoral Commission (LASIEC) for the smooth conduct of the exercise and adequate arrangement put in place.

Mr Olajide Oni, an agent of the Action Congress of Nigeria (ACN) at Ward A24 Ajeniya/Igbo, Obalende, commended the state government for providing adequate materials for the smooth conduct of the elections.

Ikeja residents shun poll
At Ikeja, the situation was not different with many voters shunning the council poll even as only five political parties participated in the exercise.

Former governor of Lagos State, Bola Tinubu who voted at Alausa, Ward F with her mother, Abibatu Magaji said the apathy which trailed the election could be due to the election fatigue of last April.

Sunday Sun reports that at 11:30a.m., voting was yet to start in Polling Unit 0031501, Ward C located on the street.?? Also, in Polling Units 52 and 27 in the same Ward, the residents protested alleged provision of a wrong voters' register by LASIEC.

A resident of Onibaba Street, Mr Segun Abiodun, told newsmen that the residents stopped the poll to express their dissatisfaction. 'We have 678 registered voters on this street but they brought 100 ballot papers, 50 for chairmanship and councillorship elections each. It is deliberate,'' he said.

Another resident, Mr Christian Ekenna, also made the same allegation.

He claimed that the commission intended to disenfranchise the residents to the advantage of a particular political party.  But reacting to the development, Mr Musbau Oyefeso, LASIEC Commissioner in charge of Operations and Logistics, said that the allegation of inadequate ballot papers was false.

'Our judgement is based on the turnout for the April general elections. We don't want to waste the materials,' he said, and assured that LASIEC would extend voting time in polling units where there was a mix up in voters' register.

They told newsmen in separate interviews that they had been living in a deplorable condition for more than 38 years.

Badiya is one of the many notable slums in the Lagos Metropolis.

Chief Olatunde Aworetan, son of the  Baale (village head) of Badiya, said that the community had no access to good road, electricity, and healthcare, adding that their children were schooling in an environment that is not conducive.

“Our community has been in existence since 1973 when the Federal Government relocated us from the National Theatre area to this place.

'In spite of the promises by the state government to develop this area, nothing had been done.

“The government has a master plan for this place, but, it has yet to make it habitable for the over 25,000 residents,'' Aworetan said.

He said that the dilapidated primary school in the community was built during the Alhaji Lateef Jakande's administration, adding that subsequent administrations had failed to maintain it or build another one.