LET THERE BE LIGHT IN NIGERIA-NIGERIAN MILLION MARCH 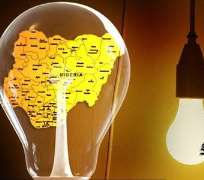 Under the spring-like atmosphere of April 30th 2006, I took my pregnant wife and our one year old son to the National Mall in Washington DC to attend the Save Darfur: Rally to Stop Genocide grassroots event. On that special day we listened to young men and women from Southern Sudan and the Darfur region petition their government in Khartoum and the International community from across the globe in North America. The speakers included “lost boys and girls,” eyewitnesses to the genocides from the horn of Africa who gathered in the preeminent chocolate city of the United States to testify and seek lasting solutions to the brutality of the Dictator Omar Al-Bashir government. As we approach the fall of 2011, there comes another opportunity for a group of people to congregate in Washington DC, in Nigeria, and all across the world to make a difference in the African continent.


On Monday October 24th, 2011, citizens of the United Nations of Nigeria and their friends and families all over the globe will congregate in strategic locations for the Nigerian Million March. Our simple demand to the government in Abuja- is to say “Let There Be Light in Nigeria.” There shall be non-partisan gatherings in Abuja, Lagos, Port-Harcourt, Washington DC, London, New York, Atlanta and other smaller venues around the world. These marches have been organized to motivate the President Goodluck Jonathan’s administration to follow through and implement the bedrock/cornerstone of their transformational agenda. The Nigerian people and our friends believe that our country will experience exponential development and economic diversification with the introduction of permanent reliable electricity infrastructures.


Despite the optimism about our desires for Light and the positive potentials for our nation in terms of improving infant mortality, health-wealth gradient, reductions in morbidity rates, security, reduction in investment capital/running cost, and the creation of employment opportunities, some remain overly cautious. Their apathy and dissolutions are the by products of many years of development retardation in the “Giant of Africa” where previous rulers have perfected the maladaptive vices of impunity, corruption, selfishness, greed, religious intolerance, and sectarianism. In discussions with some cross-sections of citizens of the United Nations of Nigeria, they were quick to ponder about the necessity of rallying for Light because of their traumatic socialization experiences in Nigeria. Our reality and history is such that we have been engineered to hope for the best while expecting the very worst.


Some sample stories that I heard, included how an ex-Nigerian Electric Power Authority NEPA official from the south was able to build a hotel with more than 100rooms while working as a civil servant. I was told that he used his governmental position to enrich himself to the detriment of ensuring quality public service. On October 1st in a gathering at Washington DC, I met a young man who works for the Power Holding Company of Nigeria PHCN, the replacement and/or offshoot of NEPA. He and some colleagues were in the DMV for training in Virginia. My brother-fellow Nigerian wanted to know why we were protesting against his company. I had to assure him that this movement was interested in asking President Jonathan and his team to fulfill there transformational agenda by ensuring the provision of stable electricity. The Nigerian Million March draws those of us that are independent thinkers and others that range from the spectrum of www.saharareporters.com (Jonathan can do no good) to www.nigerdeltastandard.com (Jonathan can do no wrong).


Moreover, I got other tales about the fleecing of the Nigerian federal and state treasury by our elected officials while trying to organize for the Nigerian Million March project. For example, the case of a governor of one of the northern states who flew into the Washington DC metro area and promptly got a new lady to spend our unaccounted largesse. He came upon a Zambian lady while visiting his friend’s dental office and fell heads over hill in love. Our generous governor has been on a shopping spree since that encounter. He made a full payment for a 4wheel truck in the United States “the land of down payments and monthly payments.” Reports have it that our benevolent administrator also bought his US lady a townhouse and is planning to purchase a heartthrob quarters in Lusaka so that his romances can be done in the African continent. The interesting part of this story is that all these actions transpired in less than six months. I wondered how efficient this governor was/is in dealing with the needs of his constituencies.

During our attempts at mobilizing Nigerians for mass action through the Nigerian Million March- Let There be Light In Nigeria project which is the brainchild of Doyin Olagbegi a regular Nigerian, we have had some astonishing responses. Nigerians and friends of Nigeria have gravitated towards this goal of electricity production and have called us from all corners of the global to lend hands of solidarity. A Nigerian lady and man abroad spoke about the monies that we send home to subsidize the endemic problems of bad governance. Some of us abroad live stress ridden lives due to worries for our loved ones back home and the incompetence of generations of Nigerian governments in the local, state, and federal levels. They have been unable to provide electricity which unleashes ingenuity and the development of our human resources.

In the United States and United Kingdom there is a non-realization that African Americans and Caribbean peoples have laid the ground work for the benefits and rewards that some of us are reaping in the West. In the US people like Sojourner Truth, Malcolm X, Rev. Fred Shuttlesworth actually laid their lives on the line. In the UK individuals like Marcus Harvey and Darcus Howe had to fight and rally against the establishment power in order to make changes in the society. It is time for Nigerians all over the world to take a timeout from complains and indifference and learn from others who are standing up against corruption and incompetence to ensure that Light becomes a reality in Nigeria.

Our histories are not void of these types of rallies that have effected great changes. In the late1980’s and early 1990’s members of the United Nations of Nigeria rose up against the Structural Adjustment Programme (SAP) and forced some changes in policies and government. It is time for us to standup again to demand changes in our Electricity policies like we have done before. In 2006, when the Sudanese gathered in Washington DC for the Save Darfur: Rally to Stop Genocide, most people could not have contemplated the emergence of an independent Republic of South Sudan after 5years. Indeed that was not the only significant change from that spring day in April that relates to our peaceful rallies for electricity in Nigeria, on Monday October 24th 2011.

On that April day in 2006, we listened to a fairly unknown senator from the Chicago area in the US who was not the keynote speaker for that event. Academy Award winner and United Nations Messenger of peace actor George Clooney was the chairperson of the Sudan event. However, in 2years Senator Obama would go on to become President Barack Obama because of his axiom of “Yes We Can.” It is time for Nigerians Students and Labor Unions to realize that we can also make differences in Abuja through our worldwide rally for the progressive course of Electricity. Did President Goodluck Jonathan promise us permanent Electricity as part of his transformation agenda? Sure he did but we must not fold our hands and legs and expect this development on a platter of gold. We need to take heed to the other words of “Mr. Yes We Can,” President Obama who said if you want change “Make Me Do It.” Compatriots in Nigeria and all around the world let us not cut President Goodluck Jonathan some slacks when it comes to the life saving issue of Electricity, let us Make him Do It.