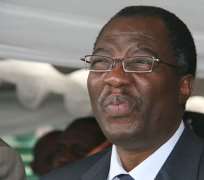 ABEOKUTA, October 12, (THEWILL) – A former Governor of Ogun State, Otunba Gbenga Daniel was Wednesday charged before a State High Court in Abeokuta, the Ogun State capital on a 16-count charge bordering on stealing, and fraudulent diversion of state funds for personal use amongst others.

The former governor was charged by the Economic and Financial Crimes Commission (EFCC) amidst tight security over alleged misappropriation of about N58b while he served as governor from 2003-2011.

It was however another political jamboree at the court as politicians stormed the premises with supporters singing solidarity songs in support of Daniel.

The EFCC has alleged that the former governor fraudulently converted the sum of $1, 000, 000 ($1m) belonging to the state government being part of the funds deposited in the state’s domiciliary account with First Monument Bank Plc (FCMB), which he used to acquire shares for a company he has vested in, Glanvill Enthow and Company limited.

The anti-graft agency also alleged that Daniel diverted 2. 011 hectares of land situated within the state secretariat complex along IBB Boulevard, Abeokuta to Golf Place Resort Hotels Limited, a company he has vested interest in.

In another count charge, he was alleged to have fraudulently converted to personal use the amount of N1, 103, 294, 648.61 (N1.2B) being property of Ogun State Local Government Councils which was deducted the from the councils’ November 2009 Statutory Allocation.

Daniel however entered a ‘not guilty plea’ after all the charges were read to him in court.

His counsel, Mr. Taiwo Oyetipo (SAN) thereafter filed an appeal for bail and prayed the court to remand him in the custody of the EFCC pending when it determines the application. Mr. Oyetipo also urged the court to adjourn hearing till Friday, October 14, 2011.

But counsel to the EFCC, Chief Rotimi Jacobs (SAN) opposed Oyetipo's request to remand the accused in the EFCC saying, "Today, in one of the dailies, it was published that the commission is maltreating Otunba Gbenga Daniel in EFCC custody. How can he be seeking refuge in the same EFCC?"

However in his ruling, Justice Olarenwaju Mabekoje ordered that the accused be remanded in EFCC custody till Friday when the court is expected to decide on his bail application.