IMO STATE: FROM DEMOCRACY TO AUTOCRACY 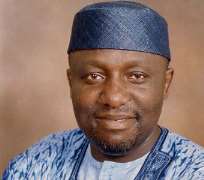 Since I started pointing out the autocratic behaviours and lack of arithmetic knowledge of governance of embattled Governor Rochas Okorocha, I have been branded so many unprintable names by a selected group of unproductive, uninformed, money hungry, favour seeking, paranoid supporters of the government and accused of being biased and sponsored by political opponents .But this is not true. I'm disappointed that the governor’s supporters resorted to name-calling rather than addressing issues of poor performance raised, but I'm not surprised given the embattled governor’s hooliganism way of confronting those who disagree with him .The stories of when he ordered his supporters to vandalize the office of the Nigerian Horn Newspaper, assault its staff and abduct the paper’s editor during the campaign period are still fresh.

A governor is supposed to be a role model, who, because of his prominence and the moral authority that emanates from his office, should set standards of behaviour for the people he serves. His duties also includes the stewardship of our values. So no matter how much a governor or others may wish to "compartmentalize" the different spheres of his life, the inescapable truth is that a governor’s conduct can and often does have profound public consequences. The public expects high standard and decency in the conduct of public business from elected officials so can someone tell me why, I as a concerned citizen of the state, can’t speak out against the ills going on currently in Douglas House Owerri?

During the election campaigns, Governor Okorocha made a lot of land mark promises to provide a government that will meet the expectations of the people? The people of Imo state expected the self-proclaimed rescue commander to on assumption of office, study, modify, amend laws for the good of the state. They expected their Chief executive officer to provide jobs,electricity in their homes, manpower development, educational development, prompt payment of salaries and better roads among other things. These promises are now seen as part of electioneering which cannot be fulfilled. Little did Imo people know that Owelle was a wolf in sheep’s clothing. To their displeasure Okorocha turned to a military governor and is oppressing the people.

The worst hit of the Okorocha’s autocratic government is the state civil service and the LGA’s. Owelle dissolved elected council chairmen via radio broadcast and appointed his boys as caretaker ‘ share men’ of the LGA’s to loot council funds. The governor used force to chase the chairmen and councilors out of office and collected all government property in their possession .According to the country’s constitution, local government is an independent level of government and not an appendage of the state or federal government. It is abuse of power for Governor Okorocha to install his boys as caretaker ‘ share men’ of the LGA’s . It is a breach of the Imo State Local Government Administration Law and Section 7 of the country’s constitution .The governor now loots the LGA funds ,goes to the media to announce allocations sent to the LGA’s while the money he claims in the media that he gives the local government councils is different from what actually gets to them. Currently, local government workers are still owed arrears of salaries.

Another hit of the imperator Owelle is the sack of 10,000 legally employed civil servants via radio broadcast. He left the workers sad .Broke the brittle heart of their loved ones into two; and that is very bad . This was the same Owelle that when he was campaigning for governorship, deceived Imo people into believing that Ohakim did not employ any single person in the public service and promised to create thousands of jobs if elected. Immediately he came into power, like a con man ,instead of creating jobs ,he sacked the 10,000 workers and lied to the people again that Ohakim employed them two weeks to his departure and that he will review the employment. Then came another lie that he has reemployed 4000 out of the 10,000 workers . Till now, none of them who were sacked have started work including the ones he claims to have re-employed. I fear that the governor has undercut the efforts of thousands of parents in Imo state who are naturally trying to install in their children the value of honesty. As any mother or father knows, kids have a singular ability to detect double standards. So we can safely assume that it will be that much more difficult to convince our sons and daughters in the state of the importance of telling the truth when the most powerful man Imo state evades it.

Governor Okorocha sees the governance of the state as mere con art and the loud protests of Imo people does not bother him. He believes that he can manipulate the minds of Ndi-Imo through his rescue Imo sweet talks when all he had been doing is playing a game of deception and rescuing his own pockets. Can someone tell me why he has to create a fourth tier government in the state without legislation? Can someone tell me why he is running Imo state with his relatives and with relatives of his wife and his personal associates as if Imo state is his personal property?

Can someone tell me why Rochas has not been able to pay the 18,000 naira minimum wage? Owelle was the first to promise to pay the 18,000 naira minimum wage to workers and workers were all happy and eager. Days wear by and they became agitated for the money like the Israelites in the wilderness. What did Owelle do? He turned round to say that the demands of the workers are most unrealistic in view of the peculiar financial position of the state. He claimed that labour was demanding 90.4 per cent wage increase across board which would shoot up the state’s wage bill from over N2 billion to over N3 billion monthly, if implemented. And when workers in Imo state embarked on strike in protest of the non-implementation of the 18,000 naira minimum wage ,the governor jumped into a plane and ran out of the state to USA in pretence of scouting for foreign investors .Is this not a case of going after rats while your house is on fire? This action is insensitive, callous and a total disregard for the people.

Can someone tell me why Governor Okorocha is trotting the globe? When it comes to globe-trotting jamboree of Nigerian governors since may 29th this year, Governor Okorocha has few peers .He is failing to attend to pressing issues in Imo State because he is always traveling out of the country. Okorocha , who became governor on May 29th this year hardly spends up to one weeks in the state capital, Owerri, without travelling out.. Okorocha has been junketing from one foreign city to the other. Either he is in the United Kingdom or Germany or USA or Saudi Arabia,China or the United Arab Emirates.He is being panned for trotting the globe, traveling the world and cartoonists are having a field day as he is saddled with the unflattering name of Vasco da Gama .

Additionally to funding the overseas trips with the state funds, the governor receives huge out-of-pocket allowance for each trip, which he does not have to account for. While the rank and file workers in Imo state are being asked to forget about their 18,000 naira minimum wage,the governor continues to enrich himself more and more at the expense of the citizens. If one were to count the amount of overseas trips, times the amount of out of pocket allowances that Okorocha receives plus what is going on in our LGA’s in the name of caretaker government, it exposes the ugly underbelly of what he means when he said he was on a rescue mission.He is really rescuing his pocket.

We now have an Imo state of unemployed youths; Imo state were minimum wages are denied workers, Imo state were workers are owed salaries, Imo state were 10,000 young people are being denied employment in spite of their potentials; Imo state of escalating executive lawlessness, Imo state were LGA funds are looted, Imo state of disregard for constitutional rights. Oh yeah, rather than giving the people jobs our governor one time turned himself to public retailer of kerosene, hoping to use it to gain cheap political points. Governor Okorocha falsely gave Imo people the impression that he was the donor of the federal government’s free kerosene.

Like Dr Herbert Nwankwo said “ Our job is not to support Rochas the man no matter what. Our job is to support what is good for Imo people no matter what. If he move along the lines of making Imo what we expect her to be, we will give him our full support. But right now, Imo got to be rescued from the rescuer’