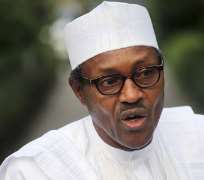 ABUJA, October 11, (THEWILL) – The Presidential Election Tribunal sitting at the premises of the Court of Appeal, Abuja Tuesday closed hearing in the petition filed by the Congress for Progressive Change (CPC) and its Presidential candidate in the April 16, 2011 Presidential Election, Major- General Muhammadu Buhari seeking to upturn the declaration of President Goodluck Ebele Jonathan of the Peoples Democratic Party (PDP) as winner.

At today’s closing where the PDP closed its case, Tribunal Chairman, Justice Kumah Akaahs gave lawyers representing parties in the suit 10 days to file and exchange briefs, warning that counsels must do so within the stipulated time to enable the tribunal conclude its assignment within the time frame set by the 2010 electoral act.

Justice Akaah’s said the tribunal would reconvene on October 20, 2011 where all briefs would be adopted. A date would thereafter be set for the delivery of the tribunal’s judgement.