BLACKS PRIVILEGED AS AFRICANS NO MATTER WHERE 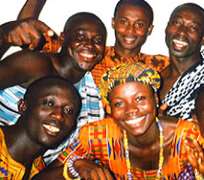 The plight of black Africans in Libya is another reminder that being a native does not guarantee a better treatment than foreign black Africans. There is no doubt that a black American may get better treatment than a black Canadian in Canada or vice versa, it is used in form to divide rather than in substance to help. Many of us find it ridiculous that Britain asked General Powell to come and advise them on how to treat their own blacks, when Britain has been dealing and living with Africans as long as American Indians.

We must constantly remind ourselves that black is a commitment no matter which continent you are and not a color as such. As long as you belong to that shade, fool yourself all you want that you are a native different from foreign blacks, at the end of the day you will be privileged accordingly. We all know that but somehow we think after paying all our dues by getting educated, finding a good job and even becoming rich, we can escape “pettiness”, sometimes treat each other worse than others treat us.

Those Africans looking up to developed countries for opportunities will have to compete with asylum seekers from other continents in prisons and detention centers run by big corporations. Just as colonial masters have absolved themselves from responsibilities and blame by contracting power to African oppressors, they have contracted prison and detention centers to those big corporations that are not bound by civil or refugee rights. All they want to do is maximize profit, no matter how fortune seekers are treated.

Until Africa makes economic success from its regional trade and economic development a magnet where their children can be proud of, they will be looking up to International Monetary Fund to provide jobs they cannot produce in their countries. Indeed, IMF and Paris Club countries are looking up to developing countries for contracts to employ their population and make profits by rebuilding infrastructures they help boomed. How can a country move forward when it is constantly rebuilding a steal industry for 40 years?

Mwalimu Nyerere Arusha declaration in Tanzania tried to be self sufficient by dictating its priorities; IMF did run to encourage it because there was nothing in it for them. So they made sure Tanzania never succeeded. If China, India, Brazil and Indonesia were waiting for IMF to make jobs, dictate when to devalue their currencies, privatize their industries, deregulate their market, cut subsidies and open it up to stronger subsidized big corporation, their economies will be lagging behind as other Third World countries.

Getting an African credited at any level for personal achievement is an uphill battle before thinking of our own civilization shared with the world. Undignified personal experience of Africans in the hands of police as rascals on the streets to highly educated or military General is hardly different in Europe and United States. But it is not better in any of our African independent states. We treat and divide one other so coldly, you will never believe we are related. Indeed, it takes cultured or better educated and informed blacks to extend the same courtesy they give whites, to blacks.

There is this old reggae song that no matter where you come from, you are an African. It rings so true recently at a highly educated gathering in one of the Ivy League schools. It was by no means a conscious form of racism but more of a blind spot even amongst the very educated people of rainbow colors. During the declaration of Independence in Haiti, the framers of the constitution came up with the “idea” that any African slave that stepped into Haiti was a free man. A few students and professors with blind spots got curious that Africa where slaves came from cannot square up with free men. Students got assured; all continents practiced slavery before it became a transcontinental stigma.

The blind spot was how the African slaves got credited with free men and women. It was explained away that Toussaint and Dessalines were educated and influence by France and followed United States as the second Independent State in America. Hardly did it occur to them, and if it did, nobody educated them that these are Africans that had rich religion and culture from Africa that still stay with the children of Haiti until today. It took a couple of African professors present to open their eyes that the Yoruba of West Africa have always had the notion embedded in their writings and history that both free men and slaves are equally born. Yoruba artifacts date back to 10,000 BC in Iwo Eleru.

There was another professor, a scholar educated at Oxford on the history of Jews in Palestine that traced Jewish civilization to the great Zimbabwe. He methodically and scientifically, presented DNA of a few descendants still native to the area. Bubble burst when another Jewish scholar simply asked - if a Jewish sailor that missed his ship at the shore of Zimbabwe, married an African woman that happen to be a native, it did not mean the Great Zimbabwe depended on the sailor’s descendants intelligence to become an Empire. Who do we blame? Africans; that still trace their lineage backwards to Egypt and to Israel, when irrefragable evidence points to Africa as where we all started.

If we do not respect ourselves, nobody would or credit our culture. We are so wicked to one another as Africans, some of us pray for the return of colonial rulers. As Europe unites, we divide ourselves into the most derogatory definition of tribes, when in fact our population compared to those who label us tribes speaks for itself. In Africa, big ethnic groups are divided into countries, states and tribes to acquire independence. But readily unite with others. Some are proud to be Anglo-African, Franco-African or Arab than African. It was no surprise France wanted Franco-African as UN Secretary General.

We must wonder if highly educated means western education at the expense of Africa. The irony is that those that are credited with all men are born free and fight for the abolition of slavery defined certain men and women incompletely free as three-fifth of a man to justify their notion of free men. In religions, slaves were not counted as children of God but stood to get a big reward for any injustices perpetrated on them as soon as they reach heaven. In the case of the suicide bomber slaves, they also get a hefty reward with all the virgins they could sleep with when they get to heaven.