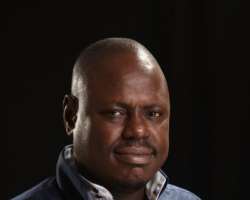 Upwardly mobile dude, Wale Oluwaleimu who has been involved in entertainment business for ages is now taking his Event & Entertainment Consult outfit to another dimension. The Lagos born man about town who was a force to reckon with at La Campaigne Tropicana led by Wanle Akinboboye is now making a swell time with his entertainment outfit as he has just signed on one of the promising acts in Naija music horizon whose music is now blasting in all the airwaves in Nigeria. Event & Entertainment Consult is a complete event packaging and management/entertainment consulting firm with Nineteen years experience in the Nigerian entertainment industry that has involved in major shows and concerts in Nigeria.

The father of one, wale as he's fondly referred to has become a relevance force in entertainment industry today as there is hardly a major event or show in town that will not have the magic touch of Wale and his formidable team.

Listed below are the events and shows the organization has organized.

1990 – The Children of Africa (Member, Protocol Committee)
A charity concert at the main bowl of the National Stadium, Lagos Nigeria, organised to raise funds for less privileged children across Africa. The concert brought to Nigeria over twenty top artistes from around the world including Lionel Richie, Shaba Ranks, Third World, Colour Me Bad, Myriam Makeba and Fela Kuti.
1992 – Events Consultants, The Nigerian Music Award (Abuja 92)
The Nigerian Music Award is a ceremony organised by the Performing Musicians Association of Nigeria. The 1992 edition saw the organisers airlifting over two hundred and fifty participants, including crew & performers to the capital city Abuja, where the event took place. This included feeding and accommodation at the prestigious Nicon Noga Hilton Hotel. The event had the then President, Gen. Ibrahim Babangida in attendance.
1992 Event Managers, The Nigerian Carnival
Held at the parking lot of the National Stadium Lagos, Nigeria. The carnival was the first ever free entry musical show in Nigeria with A list Nigerian acts like Sir Shina Peters, Ras Kimono, Dele Taiwo, Adewale Ayuba, Wasiu Ayinde Marshall, Blackky and a host of other Nigerian artistes performing simultaneously on three stages at one venue.
1993 Co-coordinators and Event Managers, Nigeria DJ Championship
The first ever Nigerian DJ Championship in conjunction with Fame weekly Magazine.
1993 Event Managers, Fame Music Awards
The first ever music awards organised by an individual or corporate body outside of the music industry.