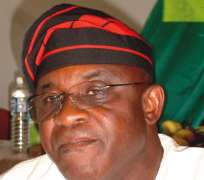 Senate President, David Markc
The Senate may commence investigations into allegations of reckless extrabudgetary funding of subsidies for petroleum products for the year 2011, if a motion listed on its Notice Paper on the matter comes before it on Thursday(today).

Although reports available to the Senate show that N240bn was earmarked in the 2011 Appropriation Act as subsidy for petroleum products, a total of N931bn has so far been expended as at August 2011.

The motion stated, 'Although N240bn was budgeted for the entire year, so far as at end of August 2011 N931bn has been spent. This is a variance of N771bn 700 per cent above budget.

'In the first three months of the year both the NNPC and the Independent Marketers did not exceed N62bn monthly, but within the last three months, figures have ranged between N10bn and N186bn.

'With this trend year-end we will have a fuel subsidy bill of over N1.2tn as against the N240bn budgeted in the Appropriation Act.'

The motion observed that the expenditure on fuel subsidy was treated as a first line charge, undermining other necessary expenditures such as capital and distributions to states and local governments.

It predicted that the implementation of the 2011 Appropriation Act would surely meet with difficulty if there was a variation in N1.2tn as a result of the level of expenditure incurred on fuel subsidy so far.

'The wide disparity between what was budgeted for fuel subsidy scheme and what is expended goes to the integrity of the budget and an erosion of the authority of the National Assembly.

'The processes, audit, scrutiny and value for money in the entire subsidy management system lack transparency and control as the costs have continued to maintain an upward swing,' it noted.

The motion said there was an urgent need to review the subsidy scheme in order to strengthen the institution integrity, transparency and accountability, adding that if nothing was done, the nation would have to stay with the risk of a non-implementation of the 2011 budget.