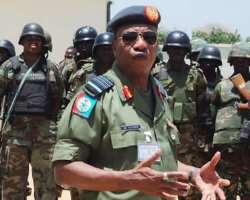 A statement from the President’s spokesman, Dr. Reuben Abati said, following a meeting of the National Security Council, President Jonathan also directed the Secretary to the Government of the Federation, Chief Pius Anyim Pius to bring up all pending reports by recent committees set up by the Federal Government on the Plateau for immediate review and implementation.

Abati added that the President’s charge to the CDS was inline with his “avowed resolve to ensure the full security of lives and property across the country.”

Recall that a few days ago, THEWILL in a report charged President Jonathan to review the reports and implement recommendations of the various committees set up on the unending Jos crises.

The President renewed his call on parties involved in the crises in Plateau State to embrace tolerance, dialogue and compromise to ensure the success of ongoing efforts to achieve a lasting resolution of their differences.