Recapitalisation: Union Bank Shareholders To Get 21% 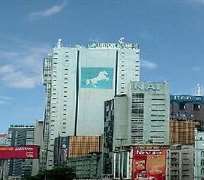 SAN FRANCISCO, SEPTEMBER 12 (THEWILL) - Shareholders of Union Bank Plc will maintain a total of 21 per cent stake in the new entity that will emerge after the recapitalisation of the rescued bank, the bank said on Friday.

Deputy General Manager, Treasury, Union Bank, Mr. Yomi Oluyomi, made this disclosure at the weekend during a presentation to senior management of the bank on its ongoing recapitalisation process.

He also said that the Asset Management Corporation of Nigeria (AMCON), is expected to hold 19 per cent stake in the bank at the end of the process, while Union Global Partners Limited – the core investor will hold 60 per cent stake.

According to him, the consortium of companies will bring in an initial investment of $500 million while US OPIC will subsequently invest $250 million as Tier 2 capital in the bank.

Advising staff on the importance of the exercise, Oluyomi stressed that Union Bank’s name and legacy will continue to grow with success of the deal. He added that the recapitalisation will also bring in internationally reputed companies as shareholders.

Commenting on other benefits of the exercise, he explained: “Some part of the existing shareholding will be salvaged and saved. Core Investor will have a focus to increase value of Union Bank, which will benefit all shareholders. Capital Infusion by core investor, AMCON and existing shareholders will make Union Bank one of the most liquid banks in Nigeria and an old trusted brand in a renewed Bank.

“There will be major improvements in infrastructure, services and technology to make the banking experience easier and more enriching. International best practice will be implemented in the bank and the level of capital injection means customer money is safer than ever before.”

Other senior management staff also expressed support for efforts of the Board and executive management team towards ensuring that the rescued bank meets the 30th September, 2011 deadline.

Another senior management staff, Mr. Kunle Ball, who expressed confidence that shareholders will endorse the deal at the forthcoming Extraordinary General Meeting (EGM) on 30th September in Abuja, said the arrangement will bring global flavour the Union Bank brand.

“To the staff therefore, the arrangement represents the realisation of a dream that had been pursued about four years ago. As rational individuals, shareholders are also expected to avert the fate that befell their counterparts in the three banks recently nationalised,” he said.

Group Managing Director and Chief Executive Officer, Union Bank, Mrs. Funke Osibodu, said that the bank has held series of meetings with various levels of staff, to ensure that they understand the benefit of the recapitalisation process.

Osibodu said: “We are also opening a website to enlighten those who wish to know about the transaction, especially the shareholders. This will be up from next week. There is also a dedicated call centre for people to call and make enquiries on the transaction; and most of our shareholders have been calling.”