Fat or slim, does it matter? 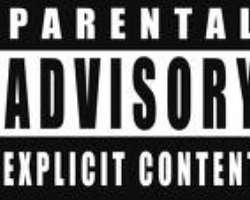 BEFORE you guys crucify me, let me quickly confess that this terrain of discussion was not my idea. Nope! I'm a good girl as you... all know. I wouldn't be caught dead discussing the size of a man's manhood of all things! Mother brought me up better than that. This is how it happened. My editor, Mr. Dipo Kehinde in his usual style was harassing us that we'd run out of stories in the Crime files. Pretending to be a hard-working babe, I suggested we do a story on fat Police officers with bulging tummies. I mean, if we care to count the fat people in the society, you'd find most of them are uniformed men. I get dizzy whenever I try to imagine those chasing robbers. Come to think of it, are they not supposed to be doing some daily drillings or what? I bet many did it last when they were in the Training School. In most of the foreign papers I have seen, officers proudly exhibit enviable physiques. Perhaps too much eba and amala, or criminally-chilled Gulder beer might be at the root of our officers' stature. I said maybe, I wouldn't know. You tell me. Please my darling police officers, don't be offended. I'm not picking on you guys! Why, I love you all. After all, most times I feel like I am one of you but I have to limit my story idea to police officers rather than uniformed men in general. But my editor wouldn't have any of my so-called brilliant idea, especially when I suggested we start from those in the “power house” in Abuja. We were still debating when a voice from nowhere said: “And these fat men are the ones that have small manhood. I can swear to it! I have seen it. Those people that are skinny like-(he pointed to one of my colleagues, who looks like he has been on hunger strike for 40days)-fear them, they have very large ones.”
It got me thinking. Could it be true? I couldn't answer the question on my own because I'd never had the fortune or misfortune of dating a fat guy. I wanted to ask my girl friends but I know that they too deliberately run away from fat guys.

So I asked guys. The first guy who started it all had more to say. He said: “I've seen it with my two eyes. My room mate is as thin as a broom, but let him squat and you will see his manhood sweeping the ground. We even take our bath together. I used to pity the woman who would go to bed with him. He used all the flesh he was supposed to add to his body on his manhood alone. Meanwhile, a fat man's big tummy and buttocks drag the size of the manhood inside, leaving it very small. I once asked a fat friend if he was not worried about the small size of his manhood, he said itdoesn't matter but the technique. His can't be more than three inches when erect. Fat can reduce ten inch manhood. Lepa (thin) men are champions when it comes to size.”

If I had allowed him to go on, he wouldn't have known when to stop. He spoke with much passion, as if he had been waiting for such an opportunity for long. One thing I must add is that truly, it is not size but technique that counts. But, then I am sure I would become blue in the face just trying to convince some sisters about that. A good percentage of ladies would die to have a large size candy bar buried in their ovens. Did you just ask what about me? I want a guy who knows the first meaning about fore-play, not sex or candy bar size. A guy that could make you come just by worshipping your female body with kisses, tongue and fingers. Let me not spell it out, I know you got my drift! A big candy bar could have a babe yelling, “Remove it! Remove it!” in pains. A small one may have the same babe crying, “Oh Greg, you'll kill me! Fasterrrr…yessss. Oooooohh” it's more of technique and less of size.