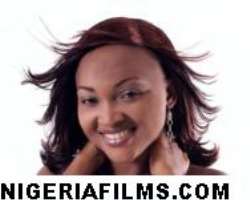 Beautiful but very controversial Yoruba actress, Mercy Aigbe who is said to be carrying some months old pregnancy of a certain big boy in Lagos is in the news again. This time, it's not about her romance with co-actor or another rich dude in Lagos or Egba but about a particular tooth problem she's been battling with for a while now.

If you remember that the mother of one, a few weeks ago, told a certain celebrity tabloid that the story of her pregnancy is mere rumour, http://nollywoodgists.com can authoritatively inform you that, Mercy is truly carrying a baby for this auto-merchant international bizman who resides somewhere around Oregun area of Lagos.

“why she's hiding it from the public is still sketchy, but I can sense that she wants to be sure that this rich dude is ready to take her in before she blows it to out” her very close friend told http://nollywoodgists.com. So, whenever you see the expectant, Mercy in a bad mood, don't take an offence in that as her tooth problem may be the cause of her moody mode.

By Bamidele Michael for http://nollywoodgists.com