NDU: A Nigerian Rapper in Canada. 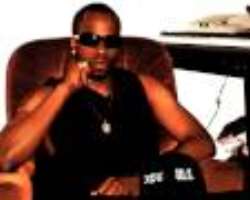 We Are pleased to introduce one of Canada's best kept secrets, Ndu and the release of his album, the TWILIGHT. Canada's/Nigeria's own hip hop artist NDU's latest release features hard hitting and lyrically rich tracks such as 'Coming for the Crown' 'Turn Me Up' 'Everyday Thang' 'Lil Poetry' etc.

NDU is signed under his own record label RAW LIVIN RECORDS.

THE TWILIGHT was produced by Ndu himself and Canadian Producer Andrew Mackay. The Track 'Lil Poetry' has Ndu ripping the mic like a hungry new comer and showcases a man of wide ranging tastes. Ndu's jazzy tunes and great lyrical component leaves the crowd screaming for more.

'Ndu' which means 'LIFE' in the Igbo Language, is known for his diverse lyrical style, intelligent rhymes and stage presence and is sure to bring LIFE into the entertainment industry.

His style has been influenced by wide range of artists such as Fela, Nas, Tu-Pac, Erykah Badu, Notorious BIG and more.

Ndu has performed in numerous events including the Nigerian Award Show, the Winnipeg bar and club scene and due to his amazing stage presence, has opened up for artists such as, Lloyd Banks, Sean Paul,T pain and was recently in New York for the Nigerian entertainment awards.

Take a step into the twilight and discover the various dimensions within.