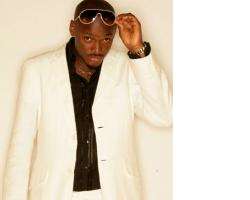 Vice President Goodluck Jonathan has urged Nigerian youths to use their talents positively towards national development.

Speaking while hosting Hi-Hop singer, Innocent Idibia he said, Nigerian youths must be creative so as to contribute positively to the country's development, stating that entertainment and sports are critical to the re-branding efforts of the Federal Government.

Dr. Jonathan also admonished Nigerians to use their talents to project the image of the country in order to win the confidence of investors and attract investments that will drive development in the country.

His words: "No miracle can solve our problem, rather we must as a nation export more positive things, if we are to achieve our national goals and aspirations."

He commended Idibia for his exploits in music, which had earned him awards both nationally and internationally including the recent World Music Award in Monaco, France.

Earlier, Mr. Idibia declared his preparedness as a United Nations (UN) Nigerian Youth Peace Ambassador to project the image of the country positively through music. He argued that the presence of a few bad eggs is not enough to cause a negative perception of the country.

He commended the Vice President for his humility and peaceful disposition over time particularly his role in finding a lasting peace in the Niger Delta.

While presenting his recent World Music Award to the Vice President which he dedicated to the Government and people of Nigeria, Mr. Idibia said he has started a Foundation to serve humanity.

He appealed to the Government to contribute to the development of the music industry saying the industry is strategic to the promotion of Nigeria's image and capable of showcasing the country's cultural heritage.