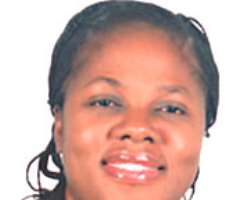 Mrs Gloria Bamiloye,a renowned actress and wife of the Executive President, Mount Zion Ministry,Evangelist Mike Bamiloye, in this interview with TOLUWANI OLAMITOKE, speaks on her ministerial calling,marital life and also reveals more on what makes her marriage of more than 20 years a success.

YOU are a renowned Nigerian actress, what spurred your interest in acting?

Mine is a ministry, God called me into this ministry to serve him. Most of our productions aim at reaching and affecting people's lives positively .The focus is to bring them closer to God as they give their lives to Jesus through the watching of our films and plays. Thro-ugh our productions, an awareness is created of how effective the power of God is in changing lives and homes for the better.

How did the Mount Zion Ministry come to be?

Though there was that desire to serve God in many areas, the Lord opened our eyes to that fact that films and drama are affective tools for evangelism. what people see and hear have lasting impact on them than what is heard or listened to. When we had that understanding that by serving God in this area lives would be greatly touched and changed, we went into it by faith. Mount Zion Ministry was established in 1985. we actually started from the campus when we were in school, we were then presenting drama ,we hadn't gone into film production then.

The primary objective is to win souls; do you think you have been able to achieve this purpose?

While on campus we actually saw the effect of our drama presentations on students.Souls were won and lives were transformed . This strengthened our believe that there is power in drama. I will say the objective has been achieved and we belief more will still be achieved, it's God 's vision, so it can't stop. Through The Mount Zion Ministry, many lives have been touched, not only in Nigeria , Africa, but even in other parts of the world. People keep calling us to inform us of the scriptural truth being revealed to them as they watch our films. lives have been touched right in the bedrooms as people watch our films . God has indeed been transforming lives through the ministry He gave us.

Is evangelism through drama scriptural?

Yes, when you go through the book of Obadiah, chapter 1 verse 17 which reads: “But upon Mount Zion shall be deliverance, and there shall be holiness and house of Jacob shall possess their possessions.” This is just saying that when people get to know the Lord, they will receive their deliverance from any oppression of the devil or sin, or whatever they may be passing through. Probably a person's family is faced with diverse problems, when this family comes to know the Lord, it will first receive that deliverance. And after getting saved, the members will enter into holiness - they will be holy unto the Lord and the door of grace will be open to them to be what ever they want to be in the Lord - they will possess their possession. this is the scriptural backing God gave us in the beginning of this ministry. And we have seen how people have been delivered, saved and getting to know and walk with God. So also are many homes restored through the ministry.

Evangelism through drama was relatively unknown before you came to the scene. Do you see yourself as a trail blazer?

There had been drama presentations in the churches , but God has helped us to launch into the presentation of Christian drama and films in a broader way to see it as a ministry so as to touch the whole length of the world. People have been into it before us but they did not take it up as a ministry.

Some actors can only act a particular role but in your own case you can shift from one role to the other. What does it take to display this skill?

As a ministry, whatever role you are given, you must see yourself ministering. First, I know I am a child of God and in some roles I am given, I know I'm only acting the world. So whatever role I act is not my real character.At times ,people will see me acting roles portraying that of a worldly character and they would come complaining and asking me “Gloria, why are you doing this or that in your film ?” and I will tell them that was not Gloria, if you want to know me, come to my home or my church. I always tell them God is using me to minister to people.In my ministry, the grace and anointing of God is upon my life to act diverse roles.

When you met your spouse, did you know from the outset, that he was the Mr. Right?

(Smiles)Ah, no, no, no. I was a bit young and I was not even thinking of marriage then. my husband then was like an elderly brother to us in the fellowship, so it never crossed my mind we were going to be together as husband and wife. we acted many plays together on stage and later he proposed. I prayed about it-told God about it and was convinced he was the one God chose for me. that was how the relationship started.

The fact is no man is perfect.surely your husband must have some short comingscharacterwise. How do you cope with these?
(laughs)No one is perfect as you've said but love covers all our shortcomings. I believe every married woman knows that if you are not ready to humble yourself or fail to see these mistakes from the point of view of God, you will be quarelling all the time. That's why you discover some little, little things at times breaking up a home. A sister was once complaining to me that her husband is used to throwing things all over the place, thus making their home look scattered and untidy always. I told her that's her work, if he drops anything, you pick them up. I believe every man has his shortcomings including my husband, but at the same time, the love I have for my husband won't let me see those things, even if I have to correct him, it should be done in love. We should not magnify these shortcomings but try to allow the love of Christ cover them.

Definitely. I'm in support of it. the bible says when you are married, you become one, so whatever you have belongs to both of you. I don't have anything separate from my husband. Everything my spouse has is mine and vice versa . If I lack anything, I ask him and by God's grace he provides. The issue of money should be treated the same way. If you can share the same room, same body, money shouldn't be an exception. If couples have Christ living in them, the fear of Christ will always guide them and if there is real love for each other nothing will be difficult to share between both. When God is the centre of a home it will be run as one. But in a situation where the headship of God is missing, we sometimes find the man having extra marital affairs and spending recklessly on women while some women also cheat on their husbands.

You must be a very proud mother with your son ,winning an international award on his play “Youthful lust.”

I just thank God, I believe the hand of God is upon him and He will use him to His glory. when we learnt of the award I was just blessing God and I believe it's just the beginning.

Will you encourage all your children to take acting as a profession?

I believe they are there already, it's like a seed—a mango tree will not produce oranges.More often one will discover that if you are interested in a thing ,without having to teach your child he or she would be found picking interest in such, naturally the child will just flow into it. Our children are already involved in acting.anytime we need children to take up roles in a presentation we would not look outside for other people's children, no , we would rather use my children and those of other brethren in the ministry . gradually, the children develop themselves by watching us act.

With your tight schedule, how do you create time for socials?

in Mount Zion Ministry, we work throughout the year,but have our holidays at the end of the year.by December we all go on break. The children know this and are sure we will have time for socials at this period.